Top 10: Properties That Should Have Never Been Films

The EMOJI Movie comes out this weekend and presents the one question that was on nobody's mind: What would it be like to make Wreck It Ralph, but with emojis instead? We take a look at other properties we just didn't ask to be made into films. 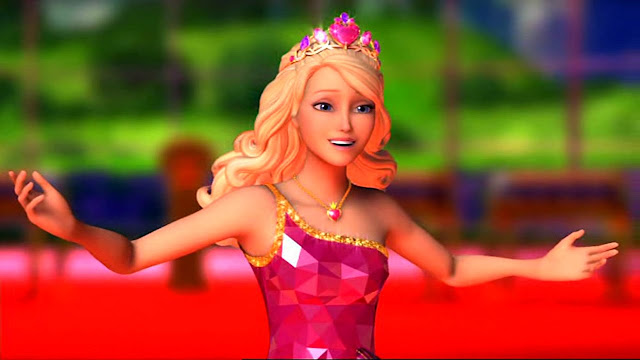 The Mattel icon currently has 34 animated films (straight-to-DVD or television films) and a live-action film on the way. Anne Hathaway is currently in talks to play Barbie. The script is said to be turning Barbie more into a film about female empowerment and identity. We hope the film to be good, but Mattel doesn't have the best luck transforming their properties into film.

The G.I. Joe toyline and television series had always had a desire to let teenage boys have fun and be taught a lesson. The films weren't for the boy who wanted a lesson, or to make the world a better place, but for the 'average' teen to watch shiny action and juvenile jokes unfold on screen. G.I. Joe: The Rise of Cobra came out in 2009 to $302 million worldwide, a 35% Rotten Tomatoes score, and a 32% Metacritic score based on 25 reviews. With a bloated budget of $175 million, Paramount believed that the film was enough of a success to spawn the 2013 sequel G.I. Joe: Retaliation with Dwayne "The Rock" Johnson in the starring role. The production budget was much smaller at $130 million, with a worldwide gross of $375 million. Critics were mixed with 29% on Rotten Tomatoes and a Metacritic score of 41% based on 31 reviews. Unimpressed with the results, Paramount has decided to reboot the series.

The Smurfs have always been a lovely blue cast of characters that helped get me through parts of my childhood, but I never had any urge for an animated/live-action film. Sony's move to trick audiences into giving the studio their money worked the first outing when The Smurfs made $563 million at the box office. It was only right to make a sequel entitled the very generic The Smurfs 2. Somehow the sequel's budget was placed at a whopping $105 million, with Sony believing in creating a franchise. The film made $347 million to Sony's displeasure. Sony tried once more with rebooting the franchise into a completely animated Smurfs: The Lost Village, bringing down the budget by nearly half from the original. The film was hit hard with a mere $196 million in theaters. All three films were panned by critics and fans. 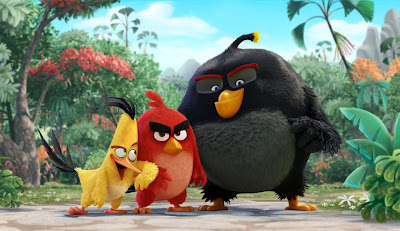 The hit phone application sought to take its success to film with The Angry Birds Movie. The film was a minor success, raking in $349 million off a $73 million budget. Unfortunately, kids can't type their own reviews or this film would have probably been a bit higher in the ratings. The film holds a 44% Rotten Tomatoes score and a 43% Metacritic score, with the reviews being mixed at best. The box office haul and mixed reviews have been enough for Sony to order a sequel, blandly called The Angry Birds Movie 2. Noticing a trend with Sony naming sequels.

6. The Adventures of Rocky and Bullwinkle

So far, all of these films have had a couple big named stars. Hathaway for Barbie. Dwayne Johnson for G.I. Joe: Retaliation. Even The Smurfs and The Angry Birds Movie had some voice-actor talents. However, The Adventures of Rocky and Bullwinkle had a talent like no other in Robert DeNiro. Riding off the success of other animated/live-action films (a.k.a Space Jam and Stuart Little), the 1960's children's show tried a comeback and failed. Produced by Universal with $76 million, the film made back only $35 million in ticket sales. The show received mixed reviews on Rotten Tomatoes and Metacritic. Luckily, Robert DeNiro's career is still intact.

Based on a line of Mattel action toys that were similar in design to Hasbro's G.I. Joe, Max Steel was one day poised to be a film. Max Steel could not find an audience. Made on an estimated budget of $10 million, the film got back only $6 million worldwide. The Independent named it one of the biggest flops of 2016 and so far no other Max Steel film has been announced. Max Steel holds a 0% score on Rotten Tomatoes and a 22% rating on Metacritic based on 7 critic reviews.

4. Jem and the Holograms

Jem and the Holograms was an animated television show that ran during the late 80's. It wasn't until 30 years later that the idea of a film came to mind. Blame it on the rise of G.I. Joe and The Transformers series that gave way to this random one-shot. Jem and the Holograms was released in 2015 and made $2 million worldwide off a $5 million budget. Rotten Tomatoes gave the film 17% while Metacritic was a bit more favorable giving the film a 42% score based on 16 critics with mixed reviews.

Throughout the list there seems to be a trend that adaptations of properties need to cast at least one big star. The Adventures of Rocky and Bullwinkle found someway to pull in the phenomenal Robert DeNiro. Mr. Magoo found someway to pull in the magnificent Leslie Nielsen. Nielsen proved to have comedic value when he starred in Airplane!. He went onto star in The Naked Gun series and Spy Hard. While it didn't ruin Nielsen's career, Mr. Magoo had no reason to be made. The film brought in $21 million on a $30 million budget with a Rotten Tomatoes score of 7%. Metacritic did not have a rating for the film.

Based on the toyline and cartoon characters, Bratz was a musical comedy geared towards . . . teenagers. The fault of the studio not to gear it towards a younger audience, Bratz was doomed to fail. Somehow, the film brought in $26 million from an estimated $20 million budget. Critics warned to stay away with 9% on Rotten Tomatoes and a 21% score on Metacritic based on generally unfavorable reviews.

The holy grail of poor decision-making when adapting a property to film, Battleship proved that there are just some properties that should never become films. The premise to this Hasbro board game is to destroy all the military vessels of your opponent. There is no story. Just two players duking it out. The film was a bloated mess that tried capturing blockbuster power with aliens and Rihanna. On a $209 million budget, Battleship came away with $303 million worldwide (only $65 million domestically), a 34% Rotten Tomatoes score, and a Metacritic score of 44% as mixed or average based on 39 critics. Hasbro has been very wary on adapting any other board games.

If you liked this article please check out some of our other articles and subscribe to Critic and the Fan for more daily articles. Thanks.

| 9:00 AM
Email ThisBlogThis!Share to TwitterShare to FacebookShare to Pinterest