Over the weekend San Diego Comic-Con came around and major film studios showed clamoring fans footage of big-name films. Along with Comic-Con exclusives, studios released a few trailers online. Critic and the Fan has picked out the five best movie trailers from San Diego Comic-Con. 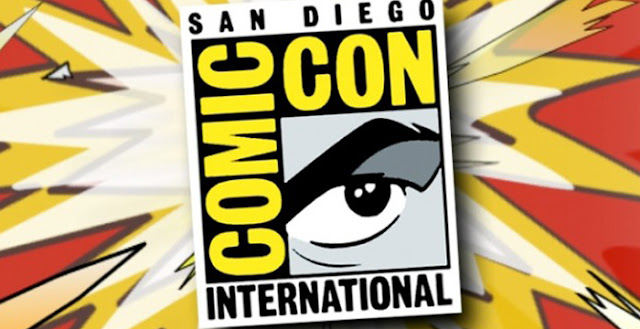 
Based on the Ernest Cline novel of the same name, Ready Player One takes place in the near future, wherein gamer Wade Watts (Tye Sheridan) plays a virtual reality game to gain access to a valuable fortune. The trailer shows really amazing special effects as the audience is thrown into a video game world where the 80's is the primary influence. There's nothing cooler right now then watching a race between the Back to the Future DeLorean and a Tron Light Cycle. The trailer throws out a lot to take in and you may need to watch it a few times just to enjoy the sheer magnitude of this blockbuster. Ben Mendelsohn and Olivia Cooke also star. Ready Player One is scheduled for March 30, 2018.

Justice League has had a trailer cruising throughout Youtube for a while, but Warner Bros. presented a new trailer at Comic-Con. The lengthy trailer shows everything that fans love from the current moody extended universe. Justice League is cram packed with action, random character introduction scenes, and a bunch of voice-over regarding the void that was left after Superman's death. It's what you expect from a DC movie trailer without giving too much away. Ben Affleck and Gal Gadot star. Justice League is scheduled for November 17, 2017.

While Marvel decided to hold on releasing any Avengers: Infinity War footage to Youtube, the comic-book giant was able to get out a new Thor: Ragnarok trailer. The below trailer may be the best from the weekend, showing Thor (Chris Hemsworth) and the Hulk (Mark Ruffalo) bonding, Loki (Tom Hiddleston) and Thor teaming up with laser guns, and what looks to be a gorgeous epic in the MCU canon. The only problem--and it's a big one--is that Ragnarok seems to be getting a case of Avengers syndrome with a teaming up of sorts. Cate Blanchett and Tessa Thompson also star. Thor: Ragnarok is scheduled for November 3, 2017.


The more surprising of the trailers released over the weekend, The LEGO Ninjago Movie looks to be just as good as its predecessors. It's hard to believe that this will be the third film in the LEGO film franchise. Everything that you loved, or hated, from the last two LEGO films returns in this cross-genre mashup. Olivia Munn, Justin Theroux, Dave Franco, and Jackie Chan star. The LEGO Ninjago Movie is scheduled for September 22, 2017.

The Kingsman franchise looks to be the smaller of the five trailers, but is built on fun and wickedly wild weapons. Directed by Matthew Vaughn and starring Taron Egerton and Colin Firth, Kingsman: The Golden Circle seeks to send the main characters to the United States after the Kingsman's headquarters are destroyed. Based on the comic book The Secret Service, the Kingsman are a secret spy organization located in London. Channing Tatum, Halle Berry, and Mark Strong also star. Kingsman: The Golden Circle is scheduled for September 22, 2017.


If you liked this article then check out our other articles and subscribe to Critic and the Fan for future awesome articles. Thanks!
| 6:00 AM
Email ThisBlogThis!Share to TwitterShare to FacebookShare to Pinterest