Netflix has quickly become the world's go-to streaming service for television and film. For the past few years, Netflix has been amping up their own library of original content, with 2017 being the largest year yet. Here are the top 10 upcoming Netflix films for the second half of 2017. 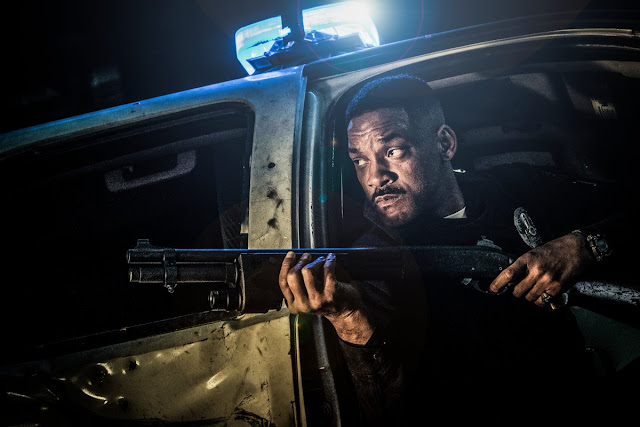 2017 may be the best year for writer-director Marja-Lewis Ryan. Having written and directed her first two films, the major contender is 6 Balloons. The story follows a journey through heroin recovery and relapse. The hilarious Abbi Jacobson and Dave Franco will star, but the film is tagged as a drama. It's always pleasing to see comedians head out of their comfort zone and stretch their legs with dramatic roles. 6 Balloons may not be the catchiest or eye-pleasing title, but Ryan may upset her audience with an indie masterpiece. No detailed information or streaming date has been released.

Netflix already has a vast library of films, thanks to Brad Pitt, Adam Sandler, and the coming-of-age comedy Divines. It can't hurt to add a few more coming-of-age tales, which Netflix has slowly been doing. Adding to the series will be the female-centric Dude. The film will work because coming-of-age tales never get old. No detailed information or streaming date has been released.

A man marries a woman with a kid, and that kid may be the antichrist. Netflix has worked hard to cement itself in the realm of comedy. The distributor has found major success with stand-up specials, dramedy series, and the aforementioned Adam Sandler. Little Evil has the potential to be a great comedy, but it all depends on writer-director Eli Craig's take on a demon child. You've may have seen Craig's work in the form of Tucker and Dale vs. Evil or the television movie Zombieland (not to be confused with the theatrical release Zombieland starring Woody Harrelson). Evangeline Lilly and Adam Scott are set to star. No streaming date has been released.


The film will look to explore doping in sports in a thrill-esque type way. Netflix hasn't had the best documentaries in its libraries, but never say never. Icarus looks to provide pure entertainment with pieces of truth scattered throughout.

Starring everyone's favorite B-movie man Frank Grillo, Wheelman follows a getaway driver after a botched robbery. Grillo is a solid leading man who reminds audiences of the Stallone, Van Damme days. The main problem comes down to director Jeremy Rush's non-existent directing credit. Wheelman sounds like a generic run-of-the-mill film. Another film that can become lost in the never-ending abyss of Netflix. No detailed information or streaming date has been released.

Based on the Japanese manga, Death Note introduces audiences to teenager Light Turner who uses a supernatural notebook to rid the world of crime. The film looks like a gothic teenager's wet dream. As previously stated above, not all of Netflix's films are winners. Death Note will certainly be a hit with manga fans, but audiences have seen many iterations of teenage angst. Hopefully this won't just be another look into the psyche of an adolescent boy.

There's nothing like growing up in the big city to discover that you've been on the wrong path all along. Based on Nielsen ratings, Netflix garners an audience between 18-34 years old, which places The Incredible Jessica James and the character's journey of discovery in perfect position to be the runaway hit for the streaming service. Written and directed by Jim Strouse (New York, I Love You, People Places Things), the film follows playwright Jessica James (Jessica Williams) as she navigates the social landscape of New York City. The trailer shows James as a dorky, witty, down-to-earth character that just won't quit. The trailer alone will uplift anyone in a down mood.


Presented similarly to Groundhog Day, except with a naked man on his wedding way, Naked creates comedy with a classic story. Jake Coyle with the Associated Press made things perfectly clear when he spoke of comedies slowly dying off. Naked isn't unique. If anything, the trailer shows the film to be a mess, but a fun mess. You watch some scenes and wonder how they'll fit into such a high concept, compact (or what should be) film. It's exciting to see Netflix amp up their comedy game and move away from certain unfunny comedy legends. Marlon Wayans is always a surprising touch to any film. Let's just hope that the film is better than the entirety of director Michael Tiddes's career which includes A Haunted House, A Haunted House 2, and Fifty Shades of Black. No streaming date has been released.


An action-fantasy film where strange creatures cohabitate with humans in Los Angeles? The trailer of Netflix's flagship release starts off interesting enough to grab attention, but slowly transforms into a typical hero's journey. However, be surprised and thankful that you don't see too much in the trailers and teasers of the film. Bright is closest to an all-star team. David Ayer (End of Watch) directs with Max Landis (Chronicle) on screenwriting duties. Will Smith, Joel Edgerton, and Noomi Rapace set to star. The visuals of a gritty Los Angeles, with a dystopian Blomkamp vibe are a beauty to behold. There are some moments that show a typical orange/blue Michael Bay style, but Bright looks astonishing overall. It's a shame that the film will be released through Netflix. Bright has huge potential for a theatrical release.


A mute man with a violent past gets a bit more than wanted when he must fight the criminal underworld in futuristic Berlin. There's many reasons to love the release of this film. The primary reason is that Duncan Jones (Moon, Source Code) is behind the camera and back at what he does best: hard science-fiction. The second is the low-level, but talented cast. Alexander Skarsgård, Justin Theroux, Paul Rudd, and Sam Rockwell are set to star. No streaming date has been released.

| 12:11 PM
Email ThisBlogThis!Share to TwitterShare to FacebookShare to Pinterest