You probably don't have much time to read a three page film review and you probably want the basics. We'll make it quick and easy to save you time. This is the Detroit movie review. 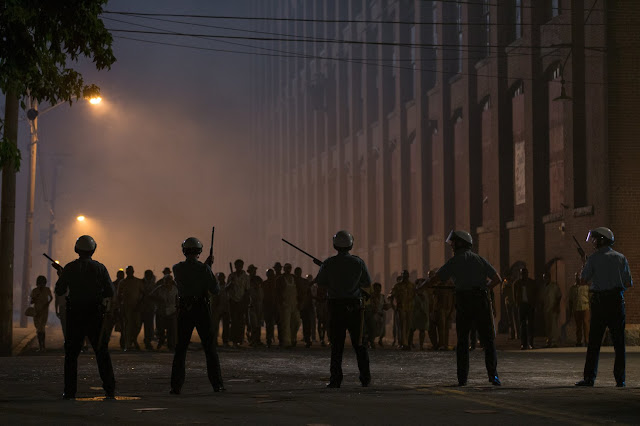 Detroit might have made for a better documentary than a full fledged Hollywood film. The film isn't comfortable and its edges aren't beveled. Every single frame, from start to finish, is a squirming, fiery menace that tears you apart.

Based on the Detroit riots of 1967, the film follows a group of black young adults at the Algiers Motel who are assaulted by a group of white police officers. These are actual events that occurred during the Detroit riots and director Kathryn Bigelow knows this all too well.  Every moment is as tense as the last. The breather comes once the end titles roll. Unfortunately, Bigelow resorts to coercion by taking an event and glamorizing it with all the Hollywood spectacle she can afford. It puts a dent in the story being told. 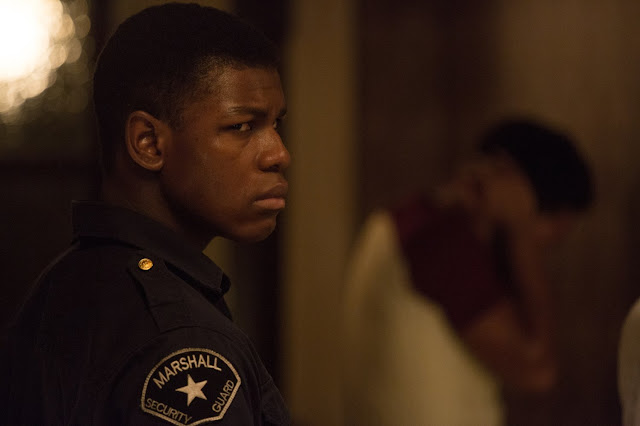 While based on true events, without knowledge of the incident at the Algiers, many audiences will certainly be misled when the end credits roll and a brief announcement pops up saying that the studio took liberties in reconstructing the story to fit an entertainment need. That's the biggest failure of Detroit. Hollywood taking freedoms to wrap a big shiny bow on a tragic event. Bigelow is a filmmaker and a creative. She should be able to create a story that still works without having to add in constant flair. She has done it many times before with less crucial subject material, but it doesn't work this time.

Thanks for reading this article. Please go ahead and check out our other articles and subscribe to Critic and the Fan for more awesome articles. Thank you!
| 8:03 AM
Email ThisBlogThis!Share to TwitterShare to FacebookShare to Pinterest