What 2 Watch After Detroit 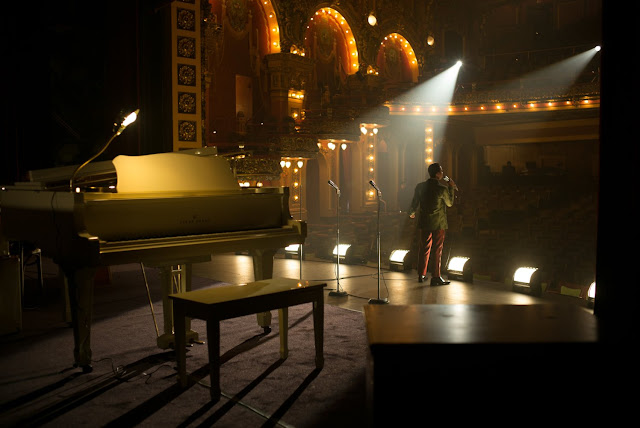 Following an Iraq War Explosive Ordnance Disposal team, The Hurt Locker was director Kathryn Bigelow's comeback into the Hollywood spotlight. The film also cemented what Bigelow would be directing for the next decade of her life: tense biopics about American history. The Hurt Locker is an amazing film and Bigelow deserved all the wins for the harrowing drama. Bigelow received an Academy Award for Best Director and Best Picture among several other awards from different outlets. The Hurt Locker is available on Hulu and Amazon.


Riding off the success of the dramatized events in The Hurt Locker, Bigelow continued her semi-biopic dramatization of heart wrenching material by focusing on the manhunt for Osama bin Laden and the eventual assassination of bin Laden by SEAL Team Six. Zero Dark Thirty is a gripping tale of what the government has to do, or sometimes is forced by the social community, to bring about a fruitful outcome. Writer Mark Boal (also writer on The Hurt Locker) creates friction in each scene while Bigelow directs the hell out of a bunch of people in rooms talking. There are sporadic scenes throughout that give a lot of weight to the search for bin Laden. There's also some torture sequences that will make you squirm in your seat. Zero Dark Thirty and The Hurt Locker proved that Bigelow's talent was in biopics. Zero Dark Thirty is available on Amazon.

Information is always key in films based on actual events. Bigelow certainly expands her horizons with Detroit and fictionalized around the Algiers Motel incident that left three black men dead. There aren't many better films about information, or misinformation, than The Conversation wherein a surveillance expert (Gene Hackman) captures a murder during his surveillance operation. The story works hard to lose information or bring in unneeded information to keep the story mysterious and the lead confused. The Conversation is available on Amazon.


Set in Detroit and placing discrimination around the Hmong Americans, Gran Torino is a slow burn featuring Clint Eastwood at his best in years. While the film takes some liberties at the Hmong culture, discrimination doesn't really need accuracies in place and time. Funny enough, Detroit wasn't where the original script would have taken place. It would have been Minneapolis, but Michigan proved to have better tax incentives. Gran Torino is available on Amazon.


While Detroit places great emphasis on racism, Fruitvale Station is a largely ambiguous piece that points to the fact that we may fall back on the notion of racism because it's an easy out. Fruitvale Station describes the events leading up to the death of Oscar Grant (Michael B. Jordan). It's a simple piece of work that creates a big impact. There is never a sign of racism. Even the final third act isn't racially charged, but you feel that not everything is right and these characters are possibly being detained because they are black. In the end you will understand that excessive force and police brutality are the only truths. Fruitvale Station is available on Amazon.

If you like this article check out our other awesome articles and subscribe to Critic and the Fan for more. Thanks!
| 7:27 AM
Email ThisBlogThis!Share to TwitterShare to FacebookShare to Pinterest