You probably don't have much time to read a three page film review and you probably want the basics. We'll make it quick and easy to save you time. This is the Jab Harry Met Sejal movie review. 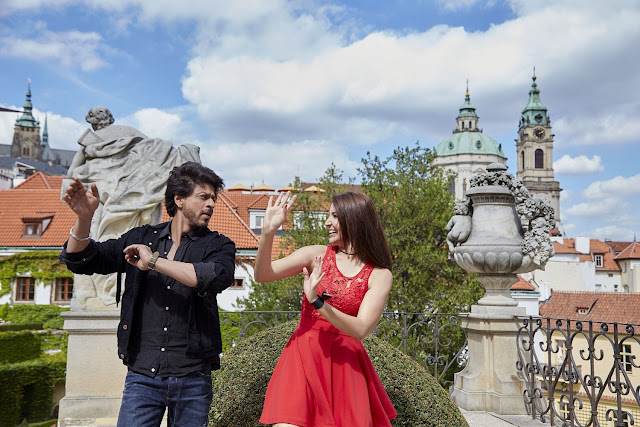 Bollywood has always been an enigma to me. Their films average almost three hours long, with three different plots occurring one after the other, and sporadic musical moments. Jab Harry Met Sejal is nothing like that. If anything its one of the more Western-style films I've seen from Bollywood. The film flows flawlessly with a perfect mixture of songs, drama, and signature out-of-nowhere comedy.

Harry (Shah Rukh Khan) is a tour guide that works through taking obnoxious travelers throughout Europe. Sejal (Anushka Sharma) is one of those obnoxious travelers who lost her engagement ring somewhere on the tour and needs Harry's help to find it. Let's just say, the perfect set-up for film stars and a crew who just want to travel across Europe. The pair go from the Netherlands to Prague and all the way over to Lisbon in search for this missing ring, which Harry never tries questioning its existence for even a second. The ring is real and is found in the most hilariously stupid way. The two eventually fall in love halfway through the two and a half hour movie, creating a good amount of romance throughout the comedic moments.


For an audience that's not as into musical numbers and over-stretched plots, Jab Harry Met Sejal is a perfect introductory film. The energetic music is added effortlessly into the story and there's a piece of the story for any audience to enjoy. The film is even multilingual, incorporating Hindi, English, French, Spanish, and German.

As stated prior, the length of this film matches the length of any other Bollywood film. The story is overstretched at times in order to build unnecessarily extra character and depth. This is not a bad thing and shouldn't be taken as such, but there are weary moments that dull the film. Khan and Sharma's onscreen chemistry is also often dull. The high points are in the middle of the film where the majority of their relationship flourishes. Then there's the laughable location of the engagement ring; but at this point the film has provided enough insane comedy that you're prepared for anything.

Thanks for reading this article. Please go ahead and check out our other articles and subscribe to Critic and the Fan for more awesome articles. Thank you!
| 7:33 AM
Email ThisBlogThis!Share to TwitterShare to FacebookShare to Pinterest