The Dark Tower is defying Hollywood's production standards being at a reported $60 million budget and leading the August pack as the month's top blockbuster. We look at other Stephen King adaptations that have gone on to succeed at the box office. 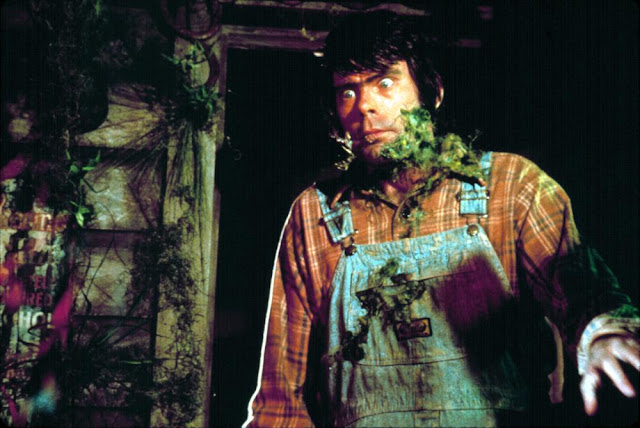 
While Stephen King may not have liked the film, The Shining is a ticking time bomb of horror and thrills. Directed by Stanley Kubrick, the film follows a writer who takes the position as off-season caretaker of the Overlook Hotel.  Throughout the season the hotel becomes a locus for supernatural phenomena, eventually turning the writer against his family. The Shining's total box office gross was $44 million domestically with a Rotten Tomatoes score of 87%.


About a group of boys who head on a journey to find the body of a missing boy Stand By Me had the pleasure of being directed by Rob Reiner (The Princess Bride). The film is based on the Stephen King novella The Body and is a coming-of-age tale. The film also has a stellar cast in River Phoenix, Corey Feldman, Jerry O'Connell and Wil Wheaton. Kiefer Sutherland, John Cusack, and Richard Dreyfuss also play minor roles. Releasing in 848 theaters around North America the film took in $52 million. The film holds a 91% fresh Rotten Tomatoes score.


The people of Bridgton, Maine are living peacefully when a mist suddenly swallows the city, unleashing monsters along the way. A group of people in a supermarket must find someway to survive. With this simple premise, director Frank Darabont creates a visually enjoyable and quite scary film in The Mist. Darabont, responsible for the critically acclaimed Shawshank Redemption and another film on this list, wanted the mist's creatures to be unique, almost Lovecraftian-like in their design. Those creature designs along with Thomas Jane in the starring role led The Mist to accrue $57 million worldwide and a Rotten Tomatoes score of 72%.


Ever wondered what it would be like to live next to a pet cemetery built on an ancient Indian burial ground? Look no further than Pet Sematary. Stephen King's acclaimed novel is poorly structured as a film. The horror rarely lasts and the violent scenes are a bit funny to watch. With a Rotten Tomatoes score of 46%, Pet Sematary went onto gross $57 million on a release of 1,500 movie theaters. By the time of the release in 1989, the Stephen King name had been large enough to market for film. At this point Carrie, The Shining, Christine, Stand by Me, and The Running Man had all come out.

A celebrity's worst nightmare is encapsulated in 1990's Misery. James Caan and Kathy Bates star in a film about a mentally deranged fan who holds a famous author captive. Director Rob Reiner and writer William Goldman changed many of the gory aspects of the film to focus on the characters that Bates and Caan played. The film was a hit, earning an 89% Rotten Tomatoes score, $61 million domestically, and an Academy Award for Bates.


King has gone on record stating that he did not like his novel Dreamcatcher; then why make a film? Dreamcatcher is one of King's highest grossing and lowest rated film. Critics felt that the film's runtime outlasted its story and the plot ran into B-movie territory. Dreamcatcher was hit with a 30% Rotten Tomatoes score. Opening in 2,900 movie theaters the film went onto gross $75 million on a bloated $68 million budget.

Stephen King's Carrie had been adapted twice before Chloë Grace Moretz took on the eponymous character. Director Kimberly Pierce had wanted to reimagine King's novel. Instead the film was dull and didn't bring anything new to the table. Brian de Palma did it better with 1976's Carrie starring Sissy Spacek and John Travolta. There was certainly no reason to remake the film. The original Carrie earned a 93% Rotten Tomatoes score and $33 million on a $1.8 million budget. The remake holds 48% on Rotten Tomatoes with a worldwide haul of $84 million on a much larger $30 million budget.


Based off of King's short Secret Window, Secret Garden, the film follows Morton Rainey (Johnny Depp) as he is being hassled at his vacation cottage by another author. With a 46% Rotten Tomatoes score, critics bashed the film for being too thin and slowly paced. However, the film proved that star power existed in any context. Depp was having great decade with Blow, Pirates of the Caribbean: The Curse of the Black Pearl, and Chocolat. Not to mention the excitement around Depp's turn as Peter Pan author J.M. Barrie in 2004. Depp led Secret Window to a global take of $92 million.

Adapting short stories to film isn't a completely crazy endeavour when it comes to King's work. 1408 showed the King's short story collection could be expanded on. Starring John Cusack and Samuel L. Jackson, 1408 scared to the tune of $132 million with the surprising note that the domestic gross, $71 million, was higher than the foreign gross, $60 million. Critics favored the film's use of psychological tension over violence with 79% on Rotten Tomatoes.


Another star driven cast in Tom Hanks, Sam Rockwell, and Michael Clarke Duncan, The Green Mile is one of the best Stephen King novel adaptations. Telling the story of a death row corrections officer (Hands) and a prisoner (Duncan) with supernatural abilities, The Green Mile was successful on many fronts. The film may be one of the longest in the King filmography at 188 minutes, but critics gave it 80% on Rotten Tomatoes. The film was also a hit with audiences worldwide, grossing $287 million. The Green Mile was nominated for four Academy Awards.


| 9:00 AM
Email ThisBlogThis!Share to TwitterShare to FacebookShare to Pinterest