Cinema Rant: In a World of Lies We Need Rotten Tomatoes

Hollywood studios survive off deceiving audiences using movie trailers. That's where Rotten Tomatoes and Metacritic come in. They show critic and audience ratings to help you determine which movie to give your money to. However, Hollywood does not like the audience to look at reviews. Aggregated sites like Rotten Tomatoes give the audience a fighting chance against bad films and give Hollywood financial losses. 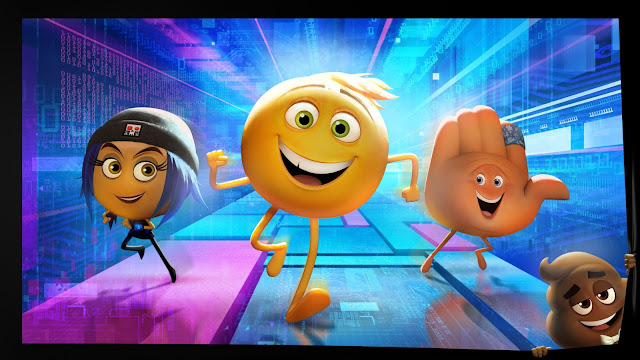 Donald Trump's campaign in 2016 was energetic, thrilling, and brought tension and suspense. He was the perfect movie trailer for the worst film. Sure there have been moments here and there of him succeeding, but would you watch it again? If there was a Tomatometer on him that said 5 percent rotten, would you vote for him?

Rotten Tomatoes and many other sites are here to protect audiences from the avarice Hollywood studios. Movie trailers are a double-sided coin. They are made by a marketing team to sell the ideas of the movie to an audience. The marketing team's mission is to make the movie trailer as enjoyable as possible so audiences will flock to the theater at the time of the movie's release. We, as the audience, fall for it and want to see more and can't wait for the movie. Then we get The Emoji Movie or Tom Cruise's The Mummy. That's where Rotten Tomatoes, Metacritic, and all the other aggregated review sites come in handy. It's a checks and balances for the Hollywood machine.

According to The Hollywood Reporter, the Nielsen Research Group found that seven out of 10 people said they would be less interested in seeing a movie if the Rotten Tomatoes score was zero to 25. Research firm Fizziology, which tracks major Hollywood releases, discovered a Rotten Tomatoes score has the most influence on moviegoers 25 years and younger.

Lately, movie studios are releasing previews at the last minute before the film's release. This gives a poorly made film a chance to gain some money before the rotten tomatoes come flying in.

In fighting for Sony's latest kid-fare, which earned a mere 6 percent on Rotten Tomatoes (see above), John Greenstein, president of worldwide marketing and distribution, stated about the last minute previews, "The Emoji Movie was built for people under 18, so we wanted to give the movie its best chance."

If The Emoji Movie was made for an 18 and under audience then a Rotten Tomatoes score wouldn't matter as much. Five year old Sally is probably not getting on her laptop/phone/Ipad and researching the Tomatoes score for the film. If anything, Sally's parents would be doing the research and they are usually the ones that need more impressing.

There are hundreds of kid-friendly films that have better storytelling and better comedic value. Case in point would be the always phenomenal Pixar films. Even Shrek and How to Train Your Dragon get top spots on the list with any Disney film on the market. At this point Sony Pictures is in full-fledged defense mode. Guess what other mode they're in? Offense. The Dark Tower releases this Friday and Sony Pictures waited to hold critic previews until Wednesday afternoon. A now common practice if a studio doesn't have much faith in the film being released.

The Dark Tower trailers look great. A bona fide blockbuster during the slow August month. Sony Pictures holding off on previews may be a bad sign. Currently, 98 percent of Rotten Tomato users "want to see" The Dark Tower. The movie trailer has 16 million views on Youtube. However, reviews were drastically negative for the film, coming in at 19 percent rotten. On one hand, these were the critics who had the opportunity to preview the film. On the other hand, there are more critics on the way and the tide rarely turns.

Rotten Tomatoes has changed the cultural landscape of film. If studios understand that the film they have on their hands is a rotten one, the studio will ditch the previews for critics. The House fell to this fate with previews being withheld. If there is a bit of faith, then previews will happen a day or two before the film's release.

Movie trailers are great, but don't base the entire movie on them. Rotten Tomatoes, Metacritic, and other review sites aren't perfect either. Definitely listen to public opinion. Not all film critics are snobby, wordsmiths looking to ruin the moviegoing experience. On the contrary, there are a lot of film critics who love all types of film and are just like the average moviegoer.

| 11:28 AM
Email ThisBlogThis!Share to TwitterShare to FacebookShare to Pinterest