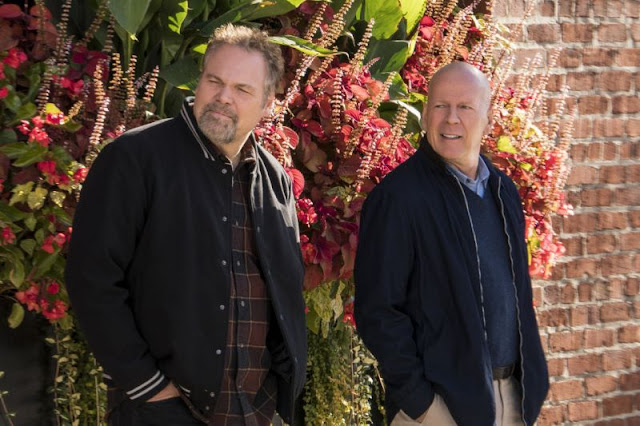 
While the film may not play in a U.S. theater, Winter Brothers paints a gorgeous backdrop to have a bloody feud. Written and directed by Icelandic filmmaker Hlynur Pálmason, Winter Brothers tells the tale of two brothers working in a rural chalk-mining community who start a violent feud with another family in the dead of Winter. The Danish Film Institute, Icelandic Film Center, Icelandic broadcaster RUV and the Nordisk Film and TV Fund have backed the film. Currently there is no U.S. release date, but the beautiful trailer should suffice for now. Elliot Crosset Hove, Simon Sears, and Lars Mikkelsen star.


First time writer and director Advait Chandan looks to bring dreams of success to the big screen in the Aamir Khan led Secret Superstar. The film follows a young girl (Zaira Wasim) as she hides her Youtube stardom from her friends and family. The trailer brings enough comedy, drama, and music to keep the viewer wanting more. Secret Superstar opens in United States theaters on October 20, 2017.

First They Killed My Father


Child abuse claims aside, the trailer for First They Killed My Father is intriguing enough to sit through and let stir in the back of your mind. Netflix allows an impossible to happen, with writer/director Angelina Jolie creating a film entirely set in Cambodia, with no recognizable faces and a strongly worded story based on author and human rights activist Loung Ung's own experiences. Jolie has a knack for directing grand pieces that dig into the human condition (Unbroken, In the Land of Blood and Honey). By The Sea may have set Jolie back for a moment, but First They Killed My Father looks to bring her right back to form. First They Killed My Father will be released on Netflix on September 15, 2017.


Based on the 1974, Charles Bronson lead Death Wish, this remake brings the gritty, no-holds-barred vengeance back with Bruce Willis in the starring role. Director, Eli Roth has stayed in his horror element for a while now with Hostel, The Green Inferno, Knock Knock, and Cabin Fever. This time, Roth takes to a vengeance thriller like his good 'ol pal Quentin Tarantino. The movie trailer is typical, with a few violent sequences and a couple jokes to lighten the mood. Vincent D'Onofrio and Elisabeth Shue also star. Death Wish opens in theaters November 22, 2017.


It's always a delight to dive into a biopic about authors, especially ones who've penned a childhood of memories like A.A. Milne. Goodbye Christopher Robin takes a look at Milne's life after World War 1, right before and during his creation of Winnie-the-Pooh. The wonderful Domhnall Gleeson (Ex Machina) will play Milne, with Margot Robbie (Suicide Squad) as his wife. Simon Curtis (My Week with Marilyn) will direct. Goodbye Christopher Robin opens in theaters October 13, 2017.

Thanks for reading. If you liked this article please check out our other articles and subscribe to Critic and the Fan for more.
| 8:29 AM
Email ThisBlogThis!Share to TwitterShare to FacebookShare to Pinterest