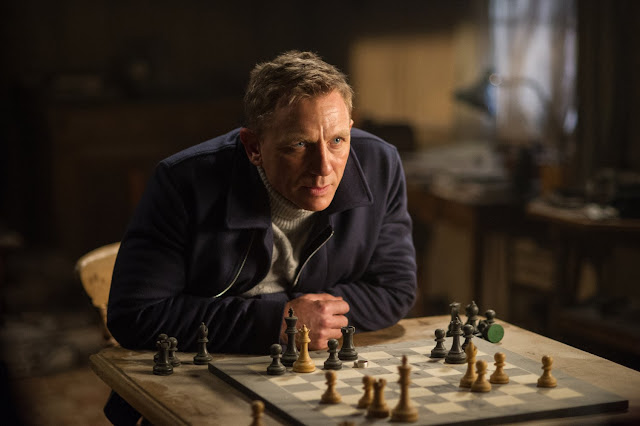 The MI6 secret agent has had a lot going for him this week. Along with Daniel Craig's return and the next Bond film reportedly slated for a 2019 release, Deadline has reported that Yann Demange, Denis Villeneuve and David Mackenzie are being courted to direct.

Demange is the newcomer, having directed the British historical action film 71', while Mackenzie and Villeneuve have had a fair share. Demange has just finished up the Matthew McConaughey crime thriller White Boy Rick. Mackenzie gained praise as director of last year's indie hit Hell or High Water. His next film Outlaw King is currently in pre-production.

At the moment, if this report holds, Demange and Villeneuve will be the most free. Villeneuve has finished post-production on Blade Runner 2049 and looks to have nothing on his plate as of yet. Villeneuve is also the likely front runner with a strong filmography that includes, Arrival, Sicario, Enemy, and Prisoners.

It is important to note that out of the 11 directors that the James Bond series has had, Eon Productions has only allowed a novice to direct the series twice. First with Peter R. Hunt for On Her Majesty's Secret Service. Hunt had been an editor on a number of films for well over a decade before being put in the director's chair. Second was with John Glenn, starting with For Your Eyes Only and ending five films later with License to Kill. Glenn had also been second unit director on three previous Bond films before his directorial debut.  This may put Villeneuve at an advantage.

"Dailies" is committed to bringing intriguing news about Hollywood's upcoming blockbusters. If you enjoyed this article check out our other articles and subscribe to Critic and the Fan for more. Have a great day.
| 7:30 PM
Email ThisBlogThis!Share to TwitterShare to FacebookShare to Pinterest