What Could Make Dunkirk Better

"What Could Make this film Better" is an arrogant post that focuses on how featured blockbusters could be made better. What could make Dunkirk better? 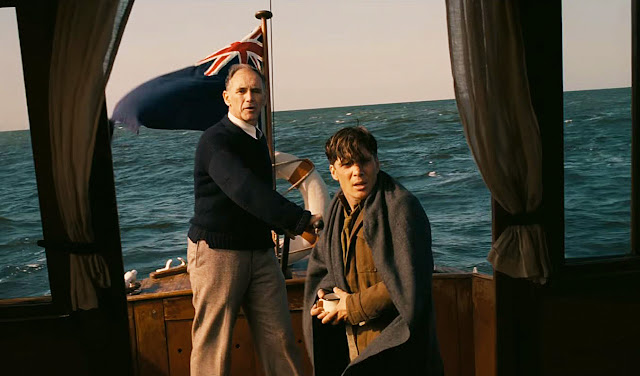 It's quite easy to validate Dunkirk with not having enough character development. Characters aren't given backstories. Director Christopher Nolan focuses on the immediacy of the moment and the visual storytelling, which means the characters are placed out of the spotlight. Dunkirk is still an amazing film and the characters are there to act as vessels for the audience to experience this tale of survival, but there are some characters that do nothing and should be given depth.

The story of Dunkirk is told by land, sea, and air, with different characters for each one. The least developed characters are the young soldiers on the beaches of Dunkirk trying to desperately escape from death. It takes nearly 30 minutes for the star, Fionn Whitehead, to utter his first words. This isn't always a bad thing, but the story felt overly long with little dialogue and little character development. Even in a fast paced, edge of your seat thrill ride, you can take a few seconds or even a couple minutes for character development.


There aren't many major problems with Dunkirk. The sets are brilliant, the effects are beautiful, and the story is thrilling, but with a film based on few words and all spectacle you'd expect Dunkirk to be shorter than its 106 minute runtime. Before its release, the film was subject to news regarding its use of 70mm film and its short runtime. Nolan has gone on to state that he wanted a short film with the script reportedly being 76 pages long. Even with the short script and primarily visual story, Dunkirk was still a bit long.

Dunkirk is a little less than two hours of total suspense and that may be where the problems lies. The film is nonstop, with very little breathing room. This gives the audience a constant stress. I had moments of being overwhelmed and was pulled out of the experience. There are definitely areas of the film that can be cut or placed on a minor scale. The tale of the land shows the young soldiers fighting for places on boats multiple times, sleeping on the beach, and eventually finding a washed up vessel. While Nolan does show how crazy the beach scene is with the young soldiers needing to escape, the point-of-view on the beach could be more confined instead of thrown around.

The weakest story was from the sea, following a father and his two sons sailing across the English Channel to help evacuate soldiers from Dunkirk. The story features great acting by Mark Rylance as the father, but the story is a big push by Nolan to give the audience more emotional depth. It doesn't work out because you're usually not focused on the little things in the film. It's about the overall picture of Dunkirk. The tension originates from the dogfights and the beach evacuation. The boats are just sailing to save the soldiers.

Nolan tries fixing this minor gaffe with placing tension on the boat. Cillian Murphy is introduced as a rescued soldier who is scared to go back to Dunkirk. He is the cause of all the tension on the boat, but it's unnatural. Nolan's desperation to find more tension is unnecessary. The story of the civilian boats could be all the breathing room Dunkirk needs. Natural suspense can build by providing the audience with silence, the open ocean, and the knowledge that the boats are heading toward 400,000 soldiers.

If you liked this article go check out our other articles and subscribe to Critic and the Fan for future articles. Thanks!