Atomic Blonde comes out this weekend with Charlize Theron taking on the kick-ass role of Lorraine Broughton. We wanted to look and see the other women who kicked ass and took names in action films. Here are our picks for the five badass female action characters and who played them. 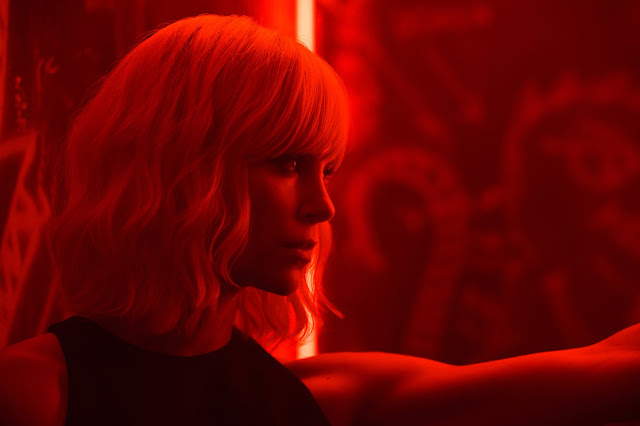 
Nikita has loose morals at the beginning of the movie. After a robbery goes wrong Nikita is given the option to become an assassin, and she takes the opportunity to change her life. Nikita's action is quite over-the-top and stylish, which helps actress Anne Parillaud be versatile in the main role. The film is director Luc Besson's sixth and highest rated movie. Nikita was one of Parillaud's first action films and placed her on the map for roles in Innocent Blood, The Man in the Iron Mask, and Frankie Starlight. Unfortunately, Parillaud has not played lead role in an action film since. The film was remade in Hong Kong as Black Cat and in America as the Bridget Fonda led Point of No Return. Two television show spin-offs were also produced.


While Lara Croft: Tomb Raider brought her action skills to life, Mr. and Mrs. Smith cemented Angelina Jolie as a badass action star. There are many reasons to enjoy Mr. and Mrs. Smith: it's quirky, original, and has Jolie going up against Brad Pitt in a warlike battles of the sexes. Jolie plays Jane Smith who looks like the perfect and a bit boring suburban wife who has nothing but small talk for her husband. Secretly she's a kickass killer assassin with technique in martial arts and weaponry. Wanted and Salt helped place Jolie in the pantheon of badass females, but Mrs. Smith showed off her undeniable talent as an action star in the best way possible: a gun/knife/fist fight action sequence against Pitt. Mr. and Mrs. Smith is available on Amazon.


The Kill Bill films weren't Thurman's first outing into action, but they are her most memorable. Before them she starred in the 1998 dud The Avengers (no, not Marvel-based). It's even more glaring to note that Thurman hasn't really starred in an action film since. So how is Beatrix Kiddo so badass when the action comes from Thurman? Quite simply, Kill Bill is a cornucopia of action. From fist fights to sword fights and everything in between, Thurman slices and dices her way into action hero status. Beatrix Kiddo's revenge tale is that where legends come from. Left for dead at her wedding rehearsal, Kiddo makes it her creed to kill everyone involved in her near-death. Sounds like so many other films out there where the female seeks revenge, but do they have an epic sword fight against tons of Yakuza? Kill Bill Vol. 1 does.  Kill Bill Vol. 1 and Vol. 2 are available on Amazon.

It's hard not to put Imperator Furiosa on a list entitled "5 Badass Female Action Characters in Film." While she'll try to be the kickass equivalent to Bond in Atomic Blonde, Theron is dirty and ruthless in Mad Max: Fury Road. Furiosa is based on morality and survival. She is a hard driven lieutenant that takes action as soon as she can. Furiosa is badass because she supersedes the action qualities of Tom Hardy's Mad Max to the point where the film should be titled Furiosa: Fury Road. Theron isn't no slump when it comes to action either, starring in The Italian Job, Aeon Flux, and Hancock. Mad Max: Fury Road is available on Amazon.

Considered one of the first female action heroes, Ellen Ripley doesn't take anyone's shit, especially a monstrous alien species. Call it motherly instincts or just sheer badassery, but Ripley stands as one of the greatest female action characters of all time because she cares for the last surviving kid of a planet outpost. Thanks to fabulous development and script by James Cameron, Sigourney Weaver is able to transform Ripley past her originally frightened state in Alien and create a more compelling leading lady. Chills and goosebumps will emerge near the end of the film when Ripley comes out in an exoskeleton to battle the mother Alien. No other female character has ever delivered a better one liner than Ripley either.

Aliens is available on Amazon.

| 6:30 AM
Email ThisBlogThis!Share to TwitterShare to FacebookShare to Pinterest