What to Watch After Valerian?

Valerian and the City of a Thousand Planets came out last week to middling reviews and weak box office revenue. However, writer/director Luc Besson has made amazing films. Here are a selection of Besson's films and his influences that should be watched to understand the man behind the camera. 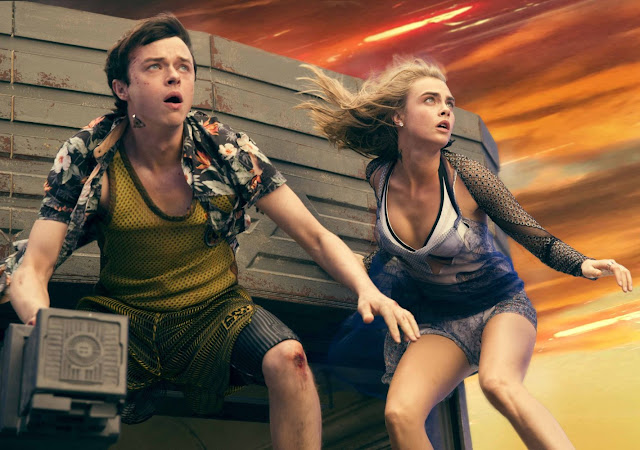 Valerian, if you've seen the trailers, has a heavy, artistic visual style in remembrance of Besson's own The Fifth Element. However, Besson may have never lifted the film off the ground and into motion picture reality if it wasn't for James Cameron's 2009 blockbuster Avatar. About a US Marine who falls in love with an alien species, Avatar is a visual splendor and 3D marvel.

Besson released a teaser of what he wanted his 2016 Lucy to be. Christopher Nolan's Inception was on his list. Lucy does have some mind-bending moments, but mentioning Inception as an influence may be overselling the film's overall story. Inception follows a group of dream infiltrators who must enter the mind of a corporation owner's son to break up the corporation. Doesn't really sound like Lucy. The visual effects and climactic third act are also not Lucy, but Inception has been one of the leading influences for directors in the past decade. Besson mentioning Inception is like most directors mentioning The Dark Knight anytime their dark, gritty movie comes out.

Another film that helped inspire Lucy, 2001: A Space Odyssey is filled with gorgeous visuals, a complex, twisted narrative, and artificial intelligence. Directed by Stanley Kubrick, Odyssey focuses on humanity and the depth of knowledge the human species possesses about the universe. Lucy can relate in those terms along with visually stunning effects.

While films that have influenced a director are always fascinating to watch, directors usually have a library of their own that audiences can choose from. Valerian is a clean, glitzy science-fiction film that works around two attitude infested characters. The Fifth Element is a dirty spectacle that builds unique characters in a unique setting. Besson's The Fifth Element is better than Valerian because everything is given depth, which Besson misses out on with his latest endeavor. Starring Bruce Willis and Milla Jovovich, two unlikely people, a taxi driver and the "perfect" being, must team up to save humankind from an Evil figure lurking in space. Gary Oldman and Chris Tucker also co-star in this sci-fi action comedy.

Along with The Fifth Element, Leon: The Professional is one of the best films in Besson's library. The film introduced American audiences to Jean Reno and up-and-coming Natalie Portman. Leon tells the story of a young girl and her relationship with a seasoned hitman in New York City. Think a film noir that takes place during the day with very few shadows and a lot more guns. Leon doesn't let the action escape from the story. The violence is subtle and quick, giving the characters their fair share of time to develop.

If you enjoyed this article please check out our articles and subscribe to Critic and the Fan so you don't miss any future articles. Thanks!