5 Best Movie Trailers of this Week 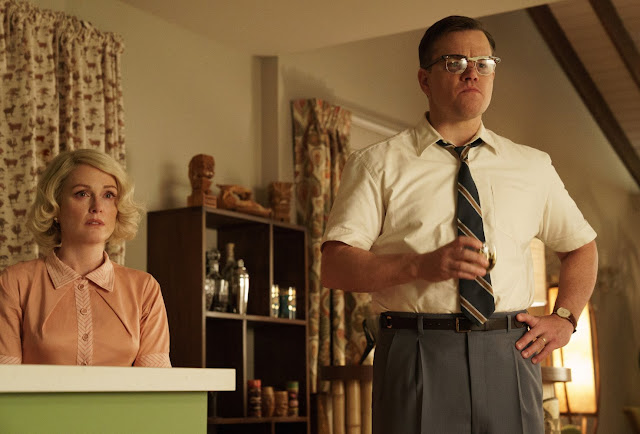 
Newcomer director Dan Bush sets to make the most confusing horror film of the year with The Vault. Not that it's a bad thing, but the trailer sure makes the most out of the crazy setup. The Vault, starring James Franco, Taryn Manning, and Francesca Eastwood, sees two sisters rob a bank, only to find that there is a haunting presence under the foundations. In a cinematic landscape plagued with rehashes of the same horror plots, it's refreshing to know that there are creatives taking horror out of its usual elements. The Vault opens in select theaters and on-demand September 1, 2017. For a list of cities click here.


Stephen King fans will be drooling after watching the latest The Dark Tower movie trailer. Sony Pictures had quickly released then took down a short teaser for The Dark Tower featuring many easter eggs from other Stephen King titles. Short animated snippets of some very familiar novels are presented throughout, leading us to assume that The Dark Tower will definitely be connected into Sony and Hulu's Castle Rock universe. While we won't spoil the easter eggs for you, check it out for yourself below. The Dark Tower is scheduled for release August 4, 2017.


Steven Spielberg is having a great year so far. His next film The Papers will release in December along with an HBO documentary about the acclaimed film director, and now a theatrical 4K release of his blockbuster science-fiction masterpiece Close Encounters of the Third Kind. The film trailer looks spectacular, with a much clearer picture than the original film. Any Spielberg enthusiast should head to theaters September 1, 2017.


There's always that one guy you wonder what happened to. Where did this person go after college? How is that person doing now? Brad's Status places audiences in the shoes of, well, that person. Ben Stiller plays Brad Sloan, almost near his midlife and beginning to wonder why his life is not what he expected. It's definitely a midlife crisis film with some emotional baggage from Stiller, but the trailer looks good. Stiller has been great in other dramedy rolls and looks to impress here. Brad's Status is scheduled for release on September 15, 2017.


Starring Matt Damon, a suburban dad who's in with the wrong type of people, Suburbicon is another classic Coen Brothers' written film. Suburbicon is directed by George Clooney; his first directing gig since 2014's The Monuments Men. This will be the fourth time Clooney and the Coen Brothers will team up. The trailer shows the type of out-of-place and dark humor the Coen Brothers specialize in. Primed for an Oscar season run, the film is scheduled for November 3, 2017.

Thanks for reading. If you liked this article please check out our other articles and subscribe to Critic and the Fan for more.
| 7:44 AM
Email ThisBlogThis!Share to TwitterShare to FacebookShare to Pinterest