What Could Make Monuments Men Better?

Director-Writer George Clooney creates half of a masterpiece, with great dialogue and most of a well rounded cast. The other half is a bit sloppy. Clooney focuses on creating memorable characters, but not many memorable sets, scenes, or story. What could make Monuments Men better?

The film had a bad case of jumping everywhere.  The characters were too spread out.  Two were in one city, two were in another city, Matt Damon was in France, and Clooney was everywhere. Is that a statement as to whether he thinks of himself as a Hollywood god? So, with characters everywhere, the story had to jump around like a kangaroo on crack. There are a couple ways to stop this from happening as much as it did. Have longer scenes. Every scene in this film felt rushed. It could have been the filmmakers giving the cuts the same urgency that the story was experiencing, but doubtful. Matt Damon was on vacation in France. Watch the movie again, and you'll discover that his detective work happens for about five minutes and then the rest is a useless love story. Take all that unnecessary love story sappiness out. The jumping around is part of the story, so it will happen, but now it'll happen a little less. 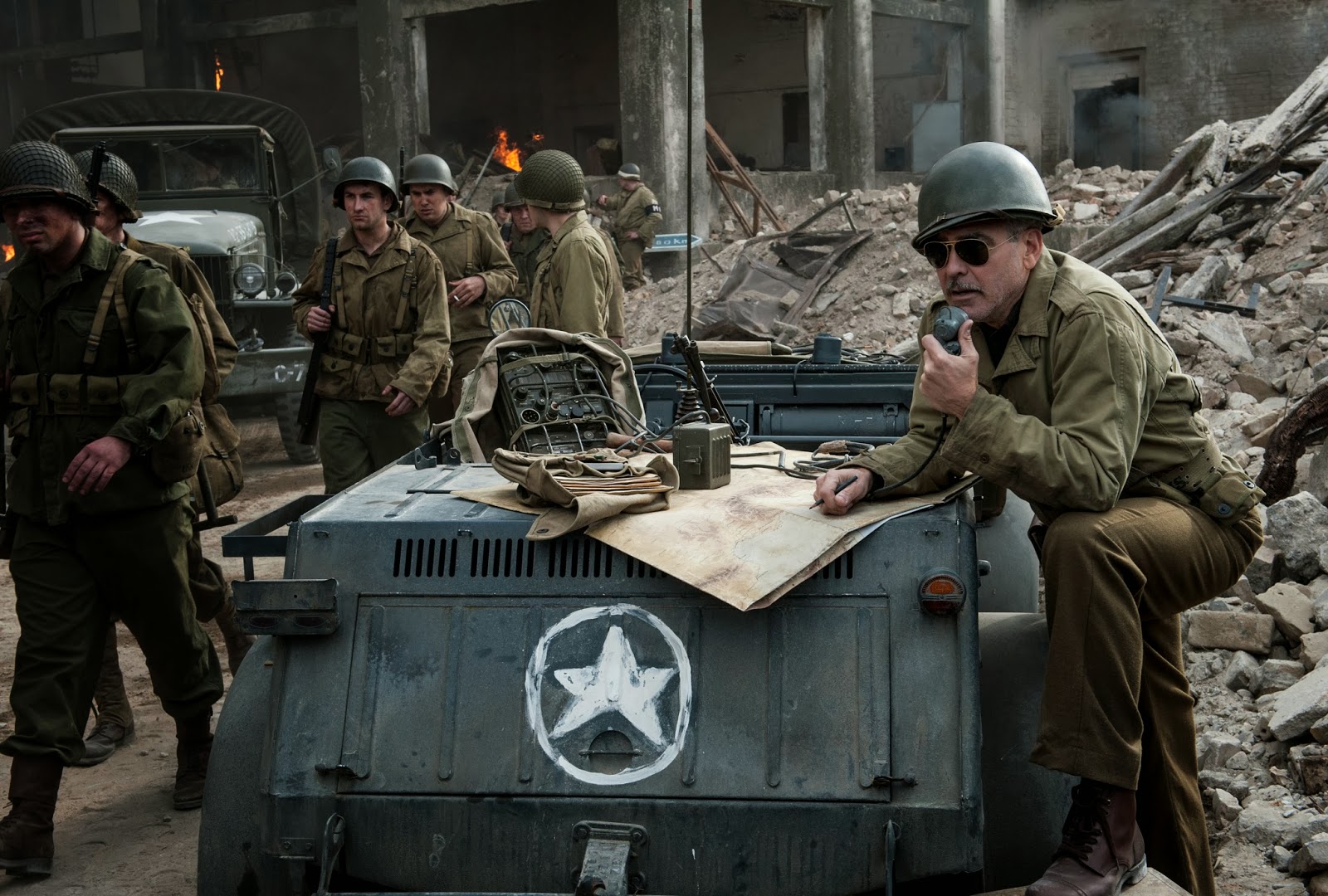 2.  Don't Spread the Characters Out So Much

There were 8 major actors we had to care about. With quick cuts and shorts scenes we didn't have much time to get to know every single character. Take Hugh Bonneville's character, Donald Jeffries. He was certainly an interesting chap. We know him for a good fifteen minutes before he dies. Once he died, I was felt ashamed that the character didn't receive proper development. Not to say that he wasn't developed. He was developed to that point of existing just enough for the audience to have the slightest care about him. On the other hand, Jean Dujardin's, Jean Claude Clermont, is a properly developed character, and when he dies in the hands of John Goodman, it is truly a mournful moment, but that's because we spend more time with Dujardin and Goodman than we do on Bonneville, even though Bonneville's death scene was more important to the progress of the story (Bonneville must secure the Madonna and Child bust from a church). 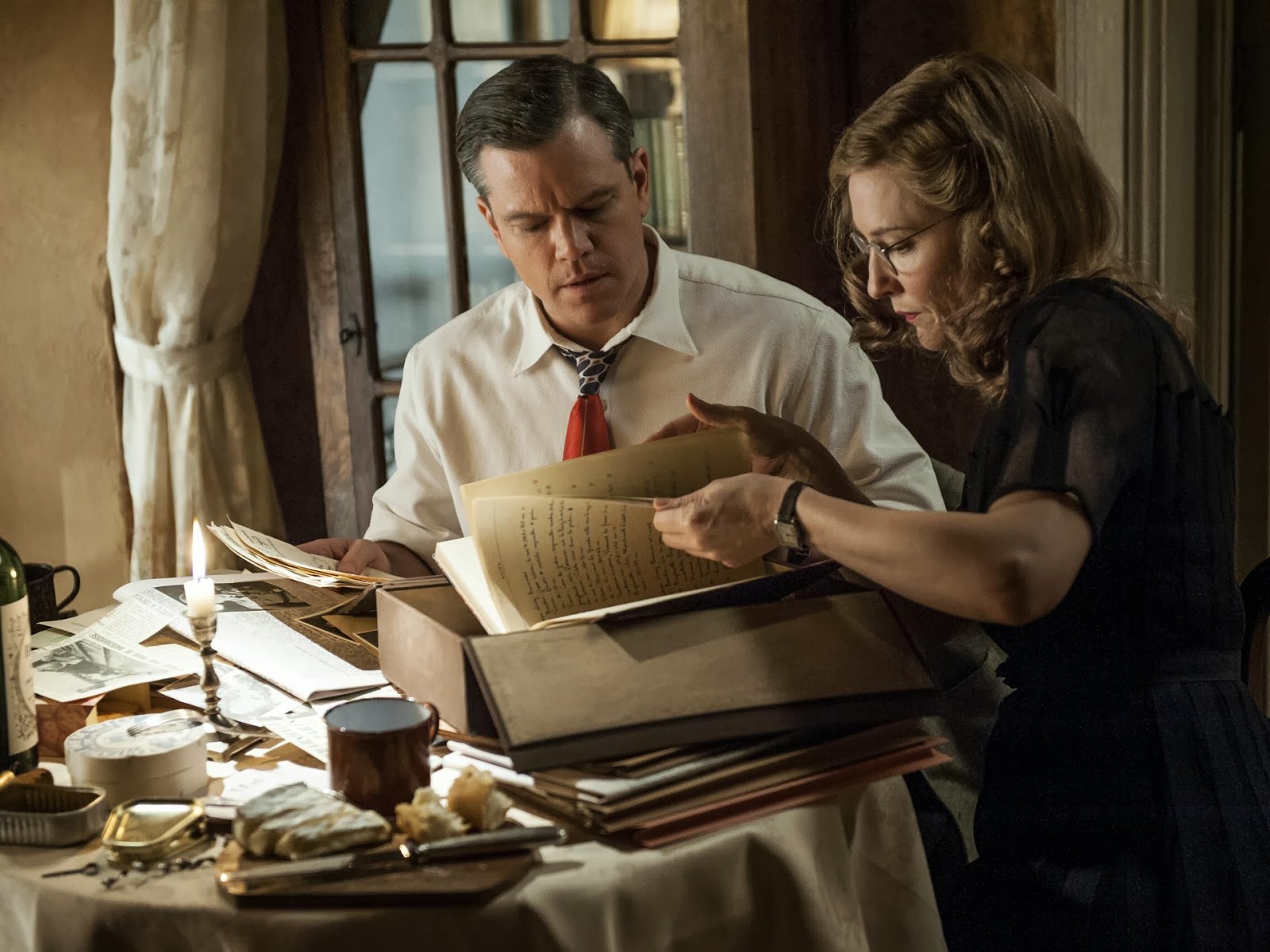 3.  Take Out The Love Story

The relationship between Cate Blanchett and Matt Damon, although cute, was unnecessary. Matt Damon's character is a married man. It was referenced a thousand times. Why, at the last minute, did we need any romantic relationship between Blanchett and Damon? No matter what the end result, this film is about saving artwork from Hitler. Clooney can make another film about Damon and Blanchett's relationship and title it An Affair in Paris. It'll be released and be amazing, but for now, stick to the World War 2 art saving story. The relationship wastes precious story time and shows just how expendable Damon's character was.

| 11:13 AM
Email ThisBlogThis!Share to TwitterShare to FacebookShare to Pinterest