Phil Lord and Chris Miller are becoming an unstoppable writing/directing duo. The Lego Movie provides the right kind of story, characters, laughs and tears to make this film one memorably animated jewel. 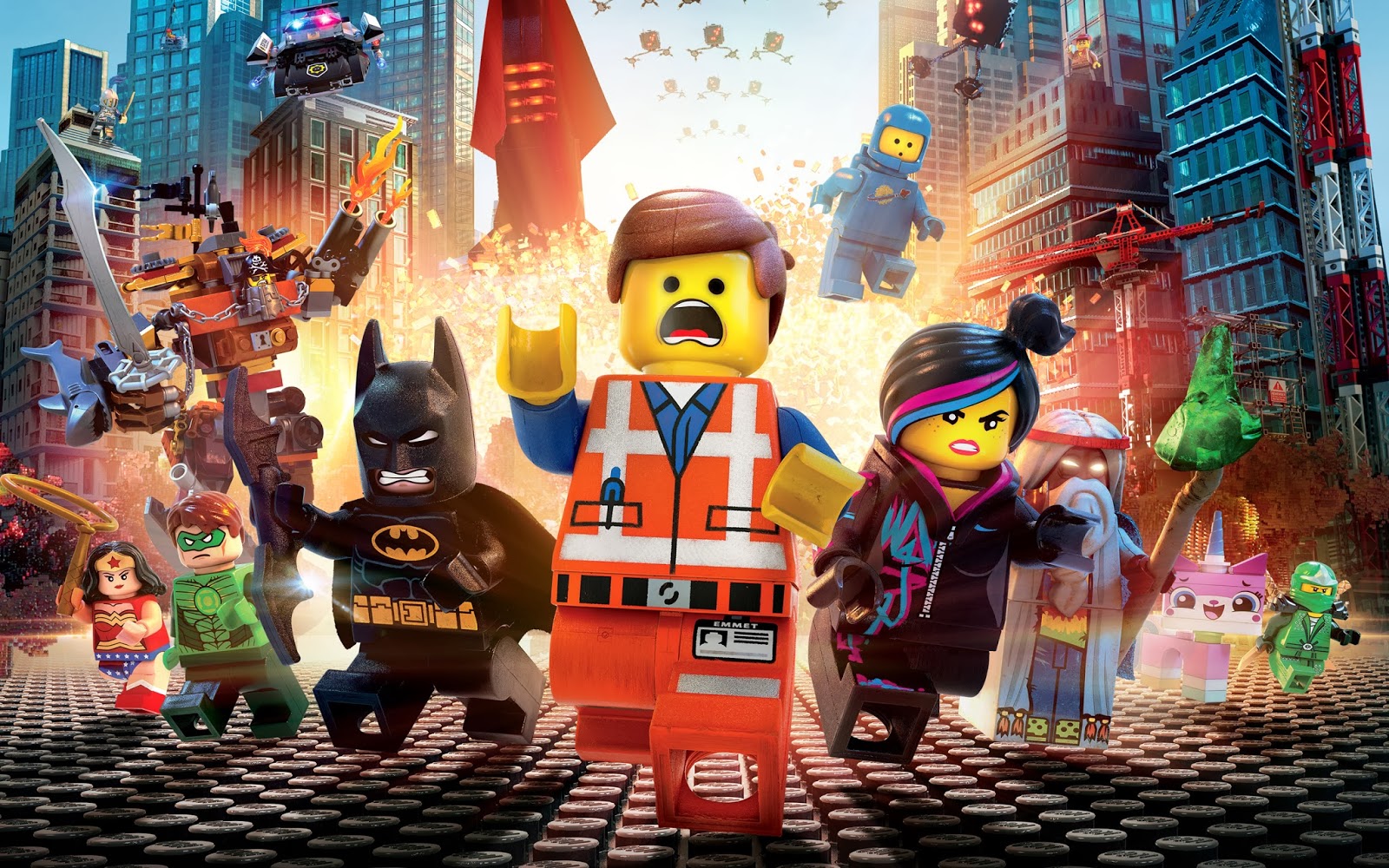 I was astonished by how packed the theater was. I heard the screams and whines of little children and thought that seeing a children's movie on a Saturday morning was a poor idea. I finally found my seat, right next to a kid playing with a glow stick. Once the movie began, the first joke was a butt joke. The child behind be laughed for five minutes at the same butt joke. I couldn't concentrate and thought about leaving, but for some reason, I decided to sit and suffer through. Was it because I paid precious money to see a film I placed on my Top 10 List? Was it because I was embarrassed to stand up and leave? No. It was because of the voices of Will Ferrell and Morgan Freeman playing off each other so well. It was the sheer intensity and brilliance of every scene. Soon, the annoying children around me didn't matter. I was captured by the beauty and unimaginable spectacle which is The Lego Movie.

The story begins with Emmet (Chris Pratt), a simple-minded worker loving his life, doing the same things over and over. In a world where coffee costs upwards of $30, kindness is the day-to-day norm, and routine is followed to the tee, you can only wonder what madness is lurking behind the curtain of this utopia. In comes Lord Business (Will Ferrell), who's only goal is to destroy the Lego Universe with a special type of glue nicknamed "Kragle." Being alone, Emmet runs into Wild Style (Elizabeth Banks) who mistakes the simple-minded citizen as the "Special." The two go on an adventure with Batman (Will Arnett) and Vitruvius (Morgan Freeman) to stop Lord Business, by using a special Lego piece called the Piece of Resistance.

While the story may have many slow moments, Lego Movie makes it up with perfect dialogue and great chemistry by its cast. The comedy is spread out for any audience to enjoy, but can't always find the middle ground. There are many jokes for the children and many for the parents. Lord and Miller decide to substitute crude or subliminally adult jokes for slapstick comedy and nostalgia. In a theater filled with children barely topping the age of 10 years old, once a certain space smuggler and his hairy sidekick appeared, the children jumped up and down and screamed their heads off. I, in the meantime, felt satisfied to know that these children had quality parents. Once the third act came, the film took an unexpected, but wonderful twist. I sat in my seat and watched movie magic, but I couldn't help noticing the inconsistencies stack up. Those thoughts quickly diminished with feelings of joy as the dialogue tugged at my heartstrings.

The Lego Movie has slow moments and inconsistencies, but those minor problems are overlooked by the fact that this movie can make you laugh and cry all in one scene. The dialogue and acting chemistry work wonders, while Lord and Miller construct a film anyone can relax and enjoy.


B+
Good Qualities: The characters, dialogue, nostalgia factor.
Bad Qualities: Inconsistencies become noticeable and some jokes will on

| 2:27 PM
Email ThisBlogThis!Share to TwitterShare to FacebookShare to Pinterest