Jack Ryan: Shadow Recruit is a by-the-book action thriller with very few thrills and less action. Marketed as a spy thriller and the tagline, "Trust no one," the film fails to succeed in even the basics of creating a successful spy film, thriller film, and action film. 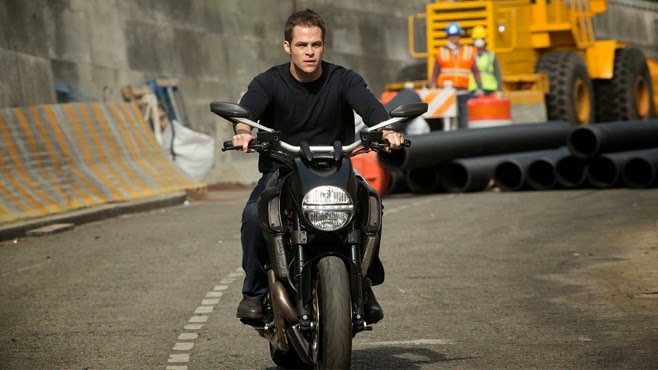 The second reboot in the franchise, Jack Ryan follows our titular hero (Chris Pine) as he is caught up in a terrorist plot to destroy the world's economy. Tagging along on this adventure is Ryan's girlfriend Dr. Cathy Muller (Keira Knightley), his CIA mentor Thomas Harper (Kevin Costner), and the shallow Russian villain Viktor Cherevin (Kenneth Branagh).

The film is filled with a generic plot, on-the-nose dialogue, and simple, flat characters. Branagh's villain will have you running for the hills with a Russian performance verging on stereotypical. Knightley tries her hardest to hide her English accent, but it still slips out every not and again, causing annoyance as to why the creators couldn't make the character British. Costner is the shining light, bringing years of hard working, acting experience to a movie that suffers from very subtle performances. Last, and very least, is Chris Pine who gives an unmemorable and often times confusing performance as the hero who's name is shining on every theater marquee. 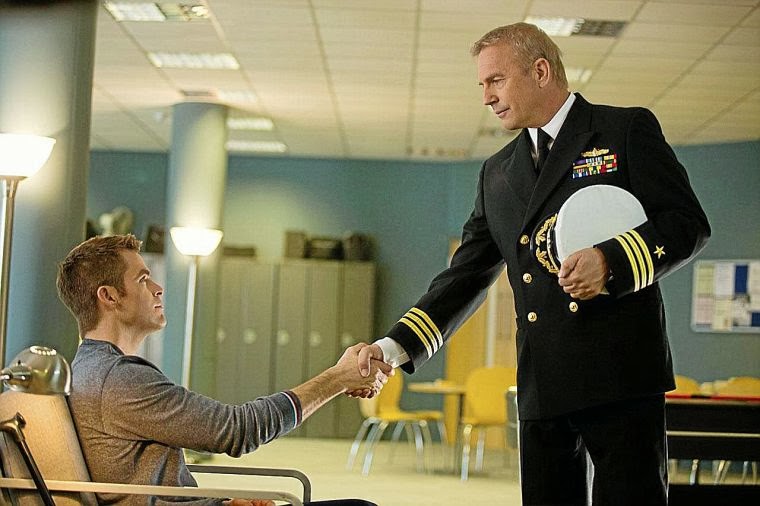 Jack Ryan never finds footing and becomes unbalanced with its themes and characters.  Right as the film opens, the idea of a rebooted Jack Ryan film becomes clearly unnecessary. Trying to connect with a modern audience, the story takes place post-9/11 with Ryan's joining the military on sheer patriotism alone. This idea of Americanism comes and goes as it pleases throughout the rest of the film. Then, fast forward to a post-Recession era ten years later where the film mixes qualities of cyber terrorism and generic terrorism. A bad blend, as both are bogged down by one another. Throughout the film, the creators give Ryan a physical disability (broken back) that last for five minutes and never creates any true problems for the character, even when the Ryan is being beaten, thrown, and when Ryan jumps out of a moving vehicle. The romantic subplot between Ryan and Muller fails to intrigue, and the romance falls to the waist side as nothing more than a plot device. Cinematically, there are many missed opportunities for this film to be elevated to the next level (a Napoleon Bonaparte reference is poorly foreshadowed and the editing doesn't build tension).

A plot that fails, stereotypical characters, and a poor mixture of social commentary and creative-less cinematography makes for a more than uninteresting addition to the always daring Jack Ryan franchise. It seems like a third reboot will be in order in another ten years.


| 5:02 PM
Email ThisBlogThis!Share to TwitterShare to FacebookShare to Pinterest