What Could Make Man of Steel Better

Another segment of "What Could Make. . .Better." I have given myself a few days to think about the film and its flaws and I've come up with the cures.

Man of Steel follows the explorations of Kal-El has he tries to figure out who he is and where he comes from. All the while his enemy is planning something deathly for the people of Earth. Kal-El must hurry up and become Superman or he is going to have a hard time defeating General Zod.


Read more »
| 8:49 AM No comments:
Email ThisBlogThis!Share to TwitterShare to FacebookShare to Pinterest

How do you make a movie about the world's greatest superhero? Do you tell a thrilling rollercoaster ride filled with action and cinema spectacle? Or do you create a personal story about a man who is more human inside than alien? Zack Snyder tries to tell both with good results, but not results great enough for Superman.

This is a SPOILER REVIEW!


Read more »
| 10:26 AM No comments:
Email ThisBlogThis!Share to TwitterShare to FacebookShare to Pinterest 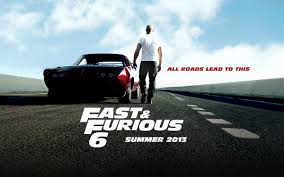