What Could Make Dawn of the Planet of the Apes Better

Dawn of the Planet of the Apes is by far the best summer blockbuster of the year and one of the best films this year. The visual effects and story were on par with the symbolic meanings throughout the entire film and the excellent acting. However, every film has its flaws.

Before reading this spoiler heavy article, you can read the review here.

The opening 10 minutes sets up the world in which the humans are living in and how the apes have evolved almost perfectly. Caesar and his ape tribe have learned how to hunt, gather, perform sign language, write, and form a somewhat decent way of life. They also have a distinct belief that the humans have gone extinct. So why worry? Right after that, humans show up and immediately cause headaches for the apes. It's quick, and yes it gets to the point, but sometimes the pace is so perfect that you don't want it to shift just yet.

When Ash and Caesar's son, Blue Eyes, are fishing in the river, it's quaint and pleasant. The two apes don't have a care in the world. All of a sudden, as the two are walking back home they encounter a human, who shoots Ash. The serenity is broken all too fast and violent. The peaceful introduction of these apes is over. The sheer unnecessary violence of the humans is introduced.

It would've been nice for a longer introduction of the apes. To see how a whole day in the life of Caesar went. Maybe some politic decisions and important mingling between the major ape characters. What the screenwriters give us is complex and intriguing, but rush to get everything introduced. 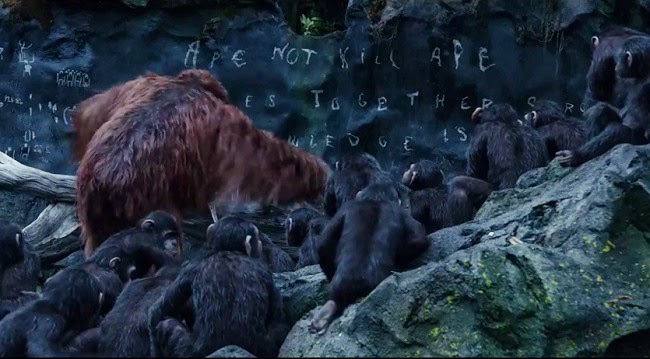 One of Caesar's best friends, Koba, kills Caesar and blames the humans. Koba then becomes the leader of the apes. This would make sense, but Caesar's son, Blue Eyes, is still alive. You're telling me that the 10 years the apes have been living in the forest, they never created some form of higher power or government? They never agreed that if Caesar did die, his son would take over? You can talk, you know sign language, you can write, you can hunt, but you can't come up with one small rule in the event that you die?

Koba's leadership is also bizarre. While watching the film, you can't believe that no one rebelled against this ape. He's ruthless not only towards humans, but towards apes. I don't believe that Koba could have rose to power this fast after throwing Ash off a balcony for not wanting to kill a human. Caesar had spent 10 years teaching all apes not to kill or fight other apes. Koba kills Ash and everyone decides to bow down to him. I get that apes follow the alpha, but Blue Eyes was right there the whole time not doing anything, even though his best friend just got murdered and the "Caesar loyal" apes are imprisoned.

Make Koba's rise to power a bit more plausible. There was some disbelief here and there. 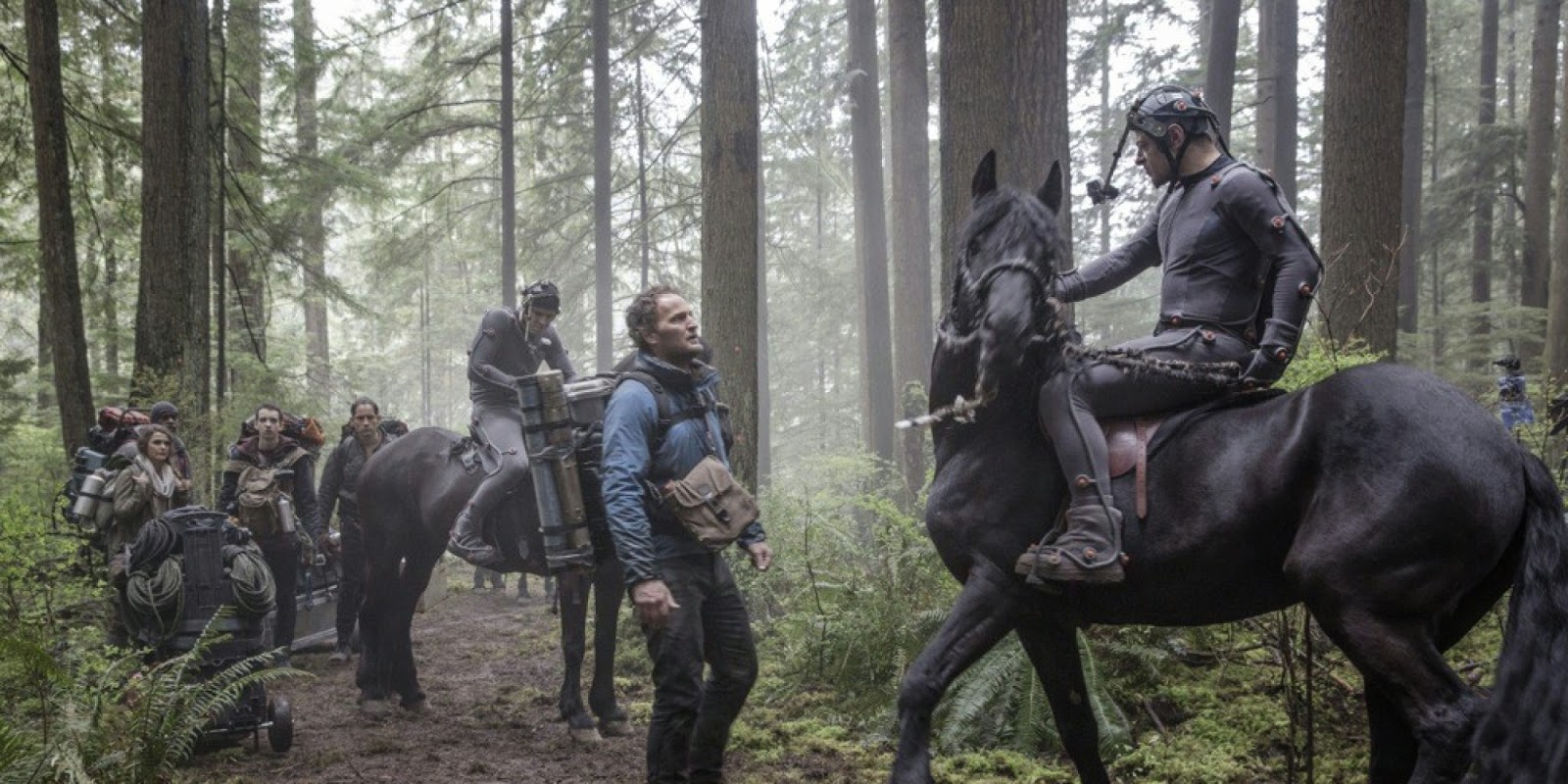 Rise of the Planet of the Apes would have been a better fit for this film. The first film in this reboot should have been called Dawn of the Planet of the Apes. It would make sense. That was the dawn, the genesis, of these apes. In this film, the apes are rising to power. I get that by the end of the film, when the apes are the top of the food chain, the sun is rising, but not everything in this film should be so symbolic. So, it would have been wise to think before titling the film.

Again, this is a great film. Best of the summer and best of the year, but even the greatest films still have flaws, no matter how big or small.

| 4:53 PM
Email ThisBlogThis!Share to TwitterShare to FacebookShare to Pinterest