Welcome to the Jungle: Movie Review

Welcome to the Jungle tries to provide the laughs and proper story for a comedy, but fails to do so. Falsely starring Jean-Claude van Damme, the comedy is never given its moment and the story becomes wrapped up in implausibility. 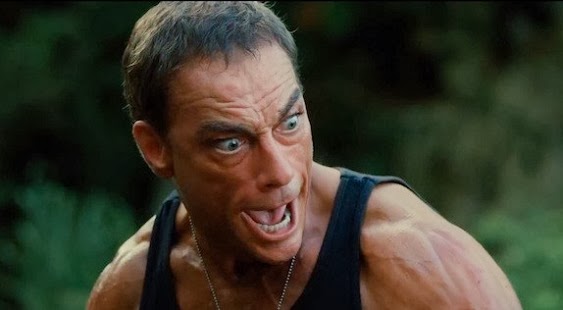 Putting it simply, Welcome to the Jungle is a poorly adapted version of William Golding's Lord of the Flies. A group of people decide to take a team-building trip to an island. They soon become stranded and must learn survive. The film tries raising the stakes only to find that there are no stakes to raise. The main character, Chris (Adam Brody), is an Eagle Scout who knows how to survive and take the lead, but the story becomes a macho play when the office bully, Phil (Rob Huebel), feeds everyone hallucinogenics and professes that he is a god. The group - save a few minor characters - side with Phil and cast Chris and his friends out of their newly established society. The story becomes muddled with bland sex and bodily fluid jokes. Jean-Claude van Damme is in this film as an ex-marine team-building coach, but his comedic talent is nonexistent, just like the character itself. Damme's character disappears less than twenty minutes into the film, then reappears near the end only to be just as useless. 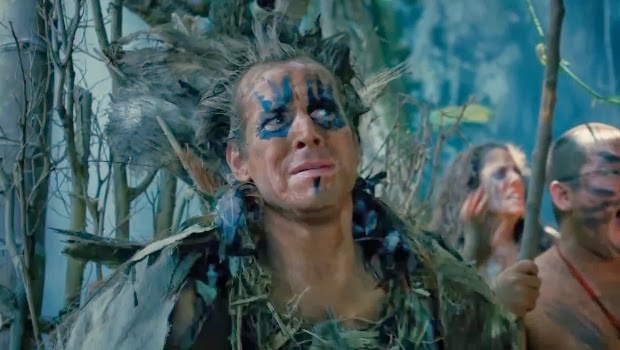 Unfortunately, the story does have interest. You watch the film to find out what's going to happen next, because the story is so stupidly unexpected. Once Brody's character leaves, the group turns into a pack of simple minded neanderthals who crap everywhere and lay on top of each other all day. Meanwhile, almighty god Phil sits on his throne and commands that a wooden statue is made in his form. It feels that the writers sat down with a good premise, but got lost in a hundred ideas. They then just mashed everything together and sent the script off to the studio. Welcome to the Jungle will turn you into a simple minded neanderthal. Nothing ever works and you keep watching to find out what would possibly happen next. You're then disappointed to find out it's a scene that's more idiotic than the last.

F
Good Qualities: If you're looking for background noise, this is a good movie to have on.
Bad Qualities: The stupidity of everything happening on screen.