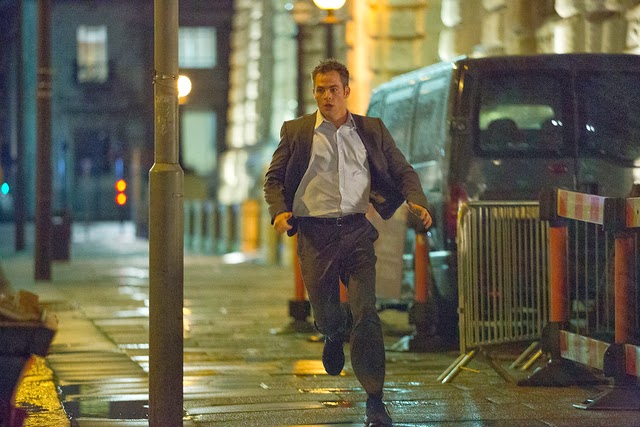 Kenneth Branagh played the stereotypical Russian so well. We meet him as he beats a medic because the medic can't put a syringe in Viktor's arm. Then lo and the behold, Viktor can do the deed himself. Was the whole point of that scene to show the audience how evil this man is? We then later come to find that he's as flat as paper. He's not even the villain. The true villain is his son, who's about to explode a bomb on Wall Street. Branagh's character is just used as another plot device. Give us a villain with more depth and make him the main villain. We don't need stereotypes. Don't give him stupid vices like women and drinking. Those flaws are cliched and annoying. Once we learn what the vices are, then we know the rest of the character.

For a spy-thriller-action film, it didn't feel like any of those. This all lands on the shoulders of the cinematographer and editors. They didn't accomplish creating the feeling of a spy-thriller film. The cinematography was to suave and bright. There was no grit. Nowadays, it seems Hollywood has this perception that terrorism and glossy cinematography go together like peanut butter and jelly. All the momentum is lost and the tension is cut. 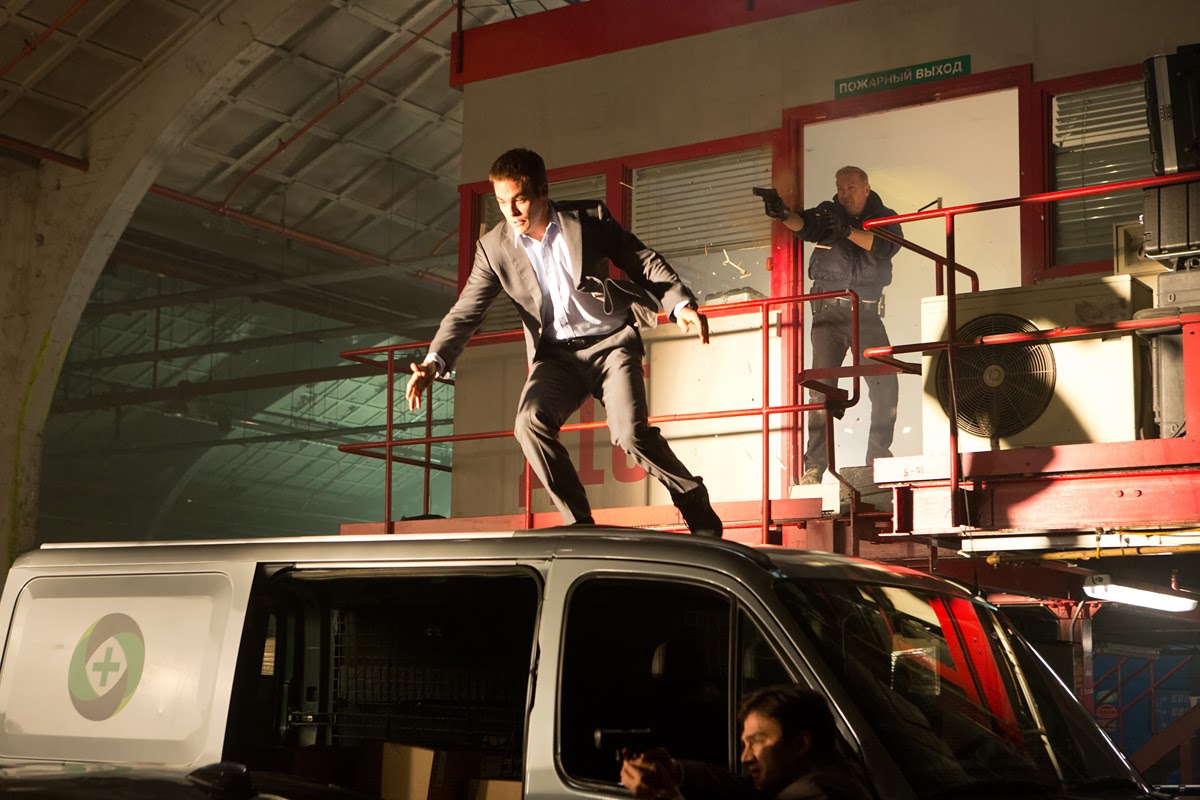 3.  Get rid of the useless. Save it for the next movie.

Cathy Muller didn't have to be in this film. Build Jack Ryan before you decide to go ahead and give him a girlfriend. Focus on Jack Ryan and his backstory. Create a story that surprises and intrigues. The creators should have watched reboots in the likes of Casino Royale and Batman Begins. Two amazing reboots that reinvigorated the spy and superhero genres and their franchises. Create a story that's tighter and more focused. If you're creating a spy film, have twists. If you're creating an action film, have more action. If you're creating a thriller, have more tension. This film failed to accomplish any of this.

| 11:31 AM
Email ThisBlogThis!Share to TwitterShare to FacebookShare to Pinterest