Synopsis: A group of bodies are found in a shed. The bodies are the same person. What's going on?

What's going on is indeed the question that persists throughout this 10 minute short. It is also the question that is never solved, but left open ended for viewers to discuss. While the film has an interesting concept, it takes its sweet time with certain useless scenes. The sequence in the shed is drawn out. The colors are a grainy blue like that of the Coen Brothers' Fargo. The very few characters there are, bring the little acting that is required to satisfy this science-fiction blunder. 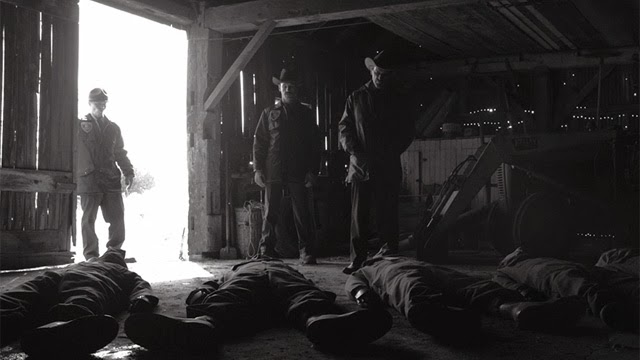 Synopsis: With only two days to live, Cicadas go in search for love.

A simple story with a voice-over narration that seems to tug at the heart. This short is beautifully animated puppetry with bright colors and wonderful background and set design. It tells its story within the short time given to it, but you feel that there could be more. Maybe, you just wish there was more. 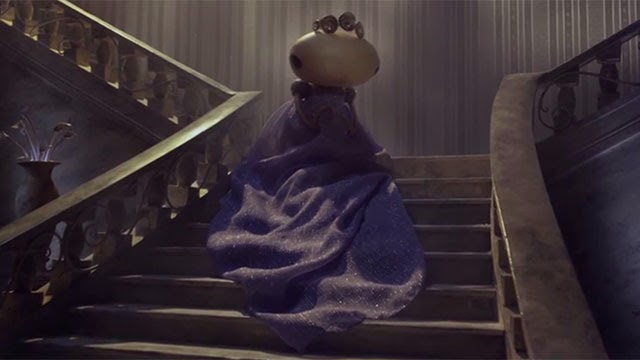 Synopsis: In a rut, a couple decides to either have sex or breakup.

The story and characters are awkward. While there are many senses as to what's driving these two characters, there's never a full explanation on why they aren't having sex. Just when it seems there is, the scene shifts to more awkwardness. This story would work if there were flashbacks notifying the viewer that these two people were once in love, but what's on the screen doesn't translate.

Wait For Me Under the Lamp Post - Directed by Luis Gadea

Synopsis: Shenanigans ensue between a lamp post and a man.

The colors work for this animated short film, but the story doesn't. The film is too short. It's cute for the minute it's on screen. The moment fleets and you're left wanting more.

| 8:56 AM
Email ThisBlogThis!Share to TwitterShare to FacebookShare to Pinterest