Walter Mitty might bolster strong ideas, but these ideas are too big and too many for the film to keep its feet on the ground. Two films meshed into one.

This film is characterized as a dramedy. It should be a drama, because it never reaches any level of comedy. There are few comical moments, and those moments are light. Ben Stiller directs this film with a serious undertone that allows the comedy to disappear. We're then stuck watching a man cavort around, lost and scared.

A problem that featured heavily in the beginning were the daydream sequences that Walter Mitty goes through. The first half of the film feature strongly on these daydreams that feel very useless and slow the story down. They each contain action and comedy, but the comedy feels forced and the action is only there to keep the interest of the audience. The second half is where the film finds its footing, but jumps into a completely different film. It moves from dramedy to adventure in a few scene changes. The pacing becomes much better as the story picks up. Strangely, you're thrown into a loop figuring out the time frame throughout the entire movie. The story takes place over the span of roughly 2 1/2 weeks. In that time frame, Mitty goes to Greenland, Iceland, Afghanistan, the Himalayas, and Los Angeles, and he still has two days to spare. It became unbelievable. 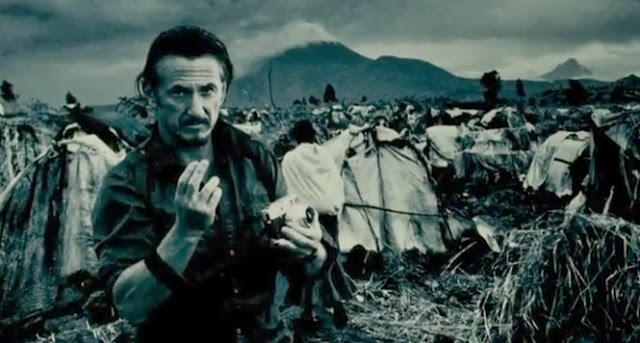 The film becomes wrapped up in a quest to please the middle-aged audience going through a midlife crisis. A large ad on not being afraid to try new things and living your dreams. The message bogs the film down. You'll watch this man live his dream of adventure, but you'll walk out with a bad taste in your mouth. This is a film where anything and everything is possible, but this can't happen in reality. There's no leaving your worries behind for a couple weeks then coming back without consequences.

The supporting cast, while almost non-existent, brings the film a breath of fresh air and a little spice of humor. The end brings joy and a smile to your face in experiencing this uplifting story, but once it's over you won't be daydreaming of adventure.

The Secret Life of Walter Mitty is one big inspirational dream with poor pacing, identity issues, and a pushy social commentary that'll leave you wanting something better. Ben Stiller does his best and directs a film that has potential.

C-
Good Qualities: Second half is better than the first in pacing and storytelling. It's good if you want a feel good movie that doesn't follow the outline of reality.
Bad Qualities: Pacing issues and useless scenes in first half of the film, Ben Stiller does not fit within the confines of the story, too pushy on its social commentary.

| 8:11 PM
Email ThisBlogThis!Share to TwitterShare to FacebookShare to Pinterest