Expendables 3 brings an unexplainable amount of aging 80's action stars to the big screen once again. Unfortunately, the film is too safe in its execution and too dull in its action.

Expendables 3 suffers from what most sequels suffer from: creating an entirely new world while denying the old one built in the other two films. In this outrageous outing, Barney Ross (Sylvester Stallone at his oldest), discovers that an old rogue Expendables teammate, Conrad Stonebanks (Mel Gibson at his sanest) is still alive, and now seeks vengeance for some type of personal problem. For even more personal reasons, Ross dumps his old team and hires new, young 20-30-somethings to head out on a suicide mission. The new team consists of future action stars with the likes of Kellan Lutz, Ronda Rousey and Victor Ortiz, all getting their short moments to shine. Along with the younger crew, Wesley Snipes, Antonio Banderas and Harrison Ford show up to kick random baddie ass, but Banderas is the only one who truly shines. 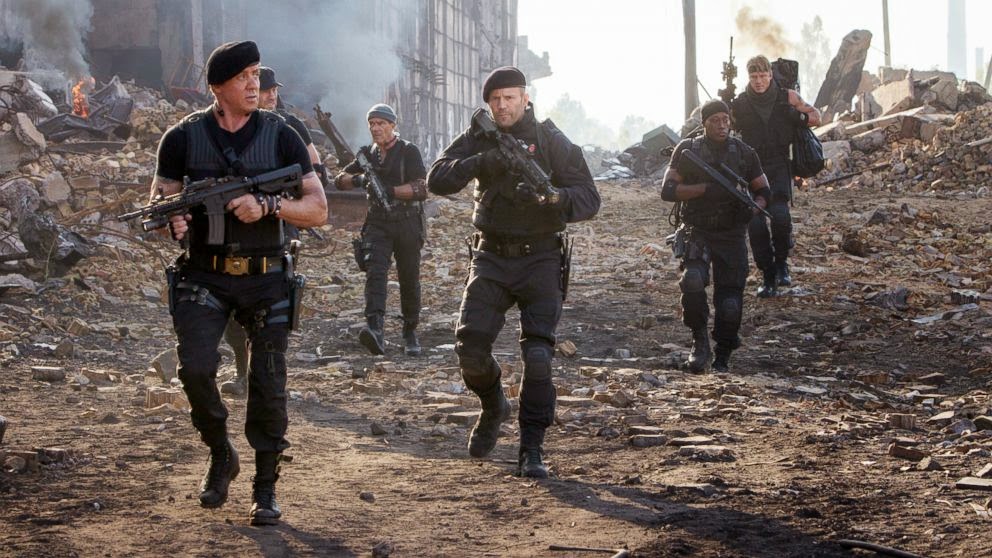 Expendables 3 also suffers from the geriatric cast seemingly running their same old acting schtick. They're not caring as much about the film and more on the fact that this is just another paycheck. Most notably, veterans like Dolph Lundgren and Randy Couture who don't do much, but make a joke or two and disappear into the endless smoke of gunfire and toppling buildings.  Sylvester Stallone does as much as he can at the ripe age of 68. He does show physical force, but his brawl with Mel Gibson is short lived and underwhelming (much like the Van Damme showdown in Expendables 2). The younger actors bring a touch of life and excitement, but are wholly underutilized and terribly cliched.

Stallone tries to make commentary and self awareness on the fact that he and his fellow Expendables are too old to do the things they do, but it's not enough to keep the film on its feet. Stallone's script goes for hardcore 80's action, while director Patrick Hughes tries to usher the film into the modern age. Modern age, meaning trying to make an R-rated film into a PG-13 film, which becomes very problematic, very quickly. The action scenes are shortened and too tame. Unlike the previous two Expendables, where the over-the-top ultraviolence made the films fun and energetic, the action sequences in this film try to retain that same sort of style, but lose it all to keep their PG-13 rating and make some more money. Expendables 3 is the most inferior installment in the kick-ass-take-no-names franchise.

| 11:29 AM
Email ThisBlogThis!Share to TwitterShare to FacebookShare to Pinterest