As Above So Below: Movie Review

As Above, So Below is a superb adventure that many will misinterpret as a straight-shot found footage horror flick.

I tried explaining this story to my brother and the only explanation I came up with was, "A horror version of Tomb Raider."

Trying to explain the film any further would ruin the enjoyment. Unfortunately, this is part of the found footage, adventure horror genre (one of the better ones) and the film does have its cliched moments. Most "jump-scares" you can see coming from a mile away, character development isn't all too impressive, and the story tries to find quick ways out of hard situations. What makes this film great is the way it blends adventure and horror together. Director, John Erick Dowdle has created the perfect Kickstarter film for a new Tomb Raider franchise, and that's not a bad thing. Our main heroine, Scarlett (Perdita Weeks) is the Lara Croft of the horror genre. The adventure she has with her mash-up group of friends is enjoyable and worth the thrills, given the nauseating level of shaky-cam use. 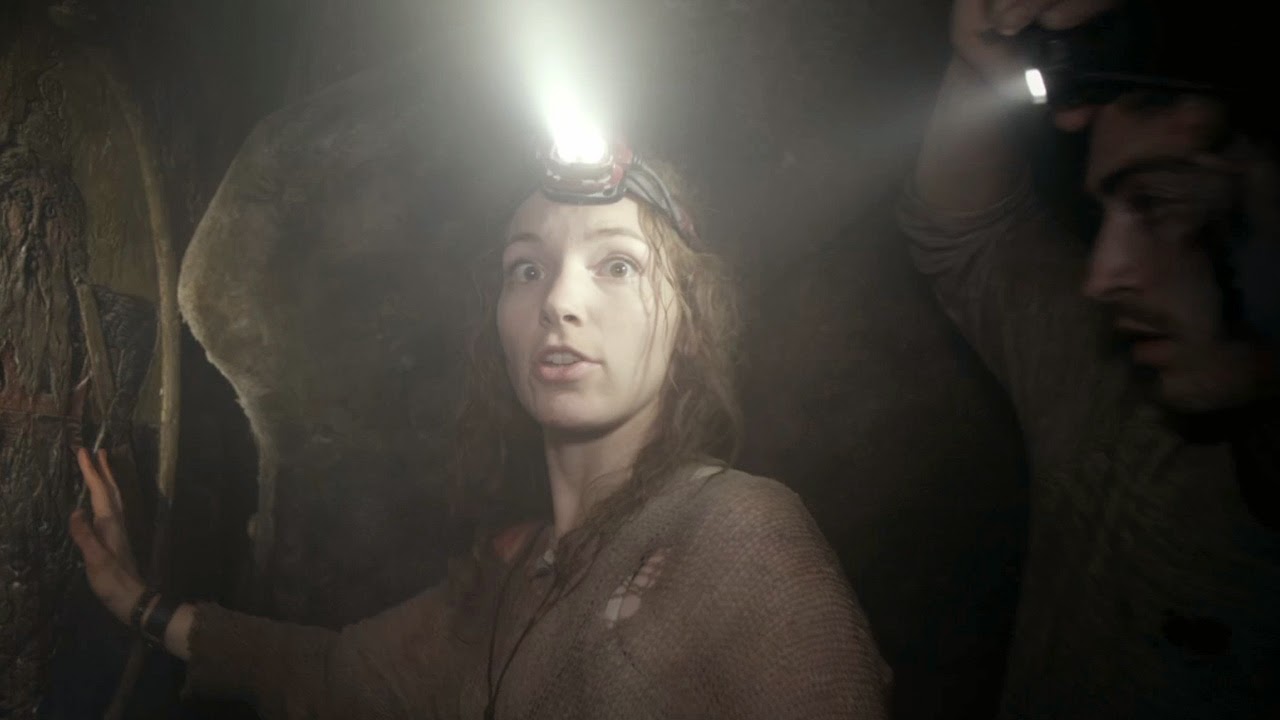 The characters aren't all that amazing, most of them inserted so they can be deleted later down the road. At least the surprising amount of characters that do survive are the ones that have depth and importance to the story. As Above, So Below presents cliched character moments that every adventure horror has. There's always that one character who wants to keep pushing forward no matter what. Then, there's the character who always wants to turn back. Luckily, these faults are omitted as the story progresses and the cliches become a coincidental part of the plot. It's great, because without these general character cliches, the story would obviously fall apart from the sheer logical decisions of each character. Then again, the more confounded choices are made by Scarlett, and like all great explorers, you can only keep pushing forward through hell and high water. Scarlett doesn't quit until she's found her MacGuffin. Events foreshadowed at the beginning of the film eventually lead our protagonists into horrific ordeals, but Scarlett steps forward and makes the hard decisions.

As Above, So Below does miss a great opportunity at the psychological aspects of its characters. Many of the chilling moments focus on a character's psychological traumas. However, due to the restrictions of the found footage genre, these moments are quickly glazed upon and forgotten.

Critics will bash this film for its promising premise and underwhelming reception, but they are missing the opportunity to dig deeper into a film about genre connecting, the psychology around each character, the complex mythology, and the downsides of the found footage genre.

B
Good Qualities: A self-aware commentary on modern adventure horror films, psychological impacts and mythological horror. A fun adventure with high quality tension and the occasional "jump scare."
Bad Qualities: You know when a "jump scare" is about to occur, dispensable characters and a missed study on the psychs of each character.

| 6:21 PM
Email ThisBlogThis!Share to TwitterShare to FacebookShare to Pinterest