If it bleeds it leads. Nightcrawler represents the insanity and violence of Western media. 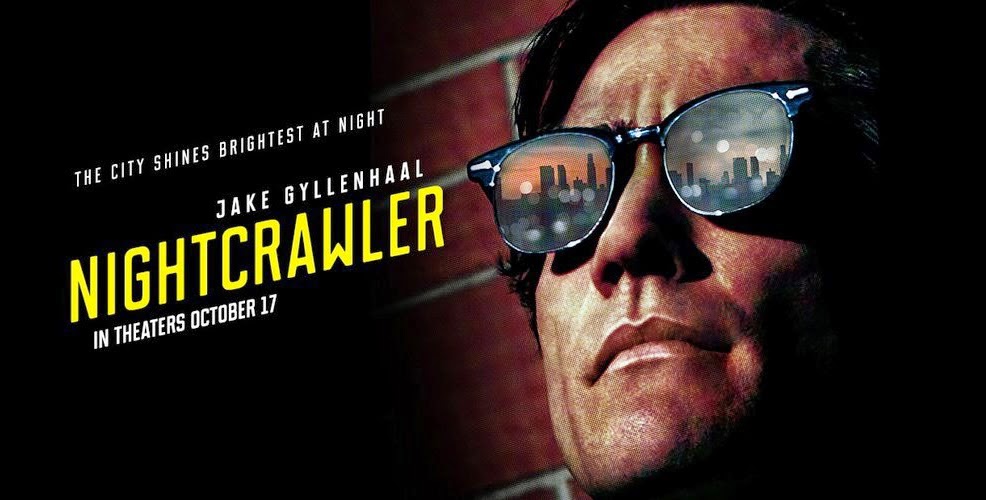 Nightcrawler focuses on Louis Bloom (Jake Gyllenhaal), a lonely young man, who enters into the world of late night photo journalism in Los Angeles. This world is a bit less vicious than what Bloom makes it out to be in his delirious mind, but his actions pave the way for some bizarre adventures. Gyllenhaal is hypnotically creepy as an Angeleno chameleon crawling out from the most insignificant corners of the city. Gyllenhaal digs into a very conservative role, with most of Bloom's character protruding from his soulless eyes, robotic words and devilish smile. However, Bloom is never relatable and scenes featuring him and his heavy amounts of fast past dialogue tend to slow the action down. The film tries to feature other characters, like Bloom's assistant photo journalist, Rick (Riz Ahmed). Rick becomes the morally good person, but is a ghost for most of the film, used as a convenient tool for conflict between Bloom when scenes become stale.

This film marks the directorial debut of Dan Gilroy, as he captures the beautiful grit of Los Angeles. Gilroy's eye for pretty, but common, is shown immediately in the establishing shots of the city. There's certainly something uneasy about showing half of a dilapidated amusement park, the streets below the highways, or random intersections. Gilroy doesn't show any glitz and glamour, but instead depicts Los Angeles as any other city. Creating such a character out of the city, the story becomes more ambiguous and frightening. Unfortunately, the film suffers from the ambiguity. Gilroy keeps the story quite cloudy. The film ends abruptly, with many loose-ended subplots and a sense of dissatisfaction for Bloom's fate. 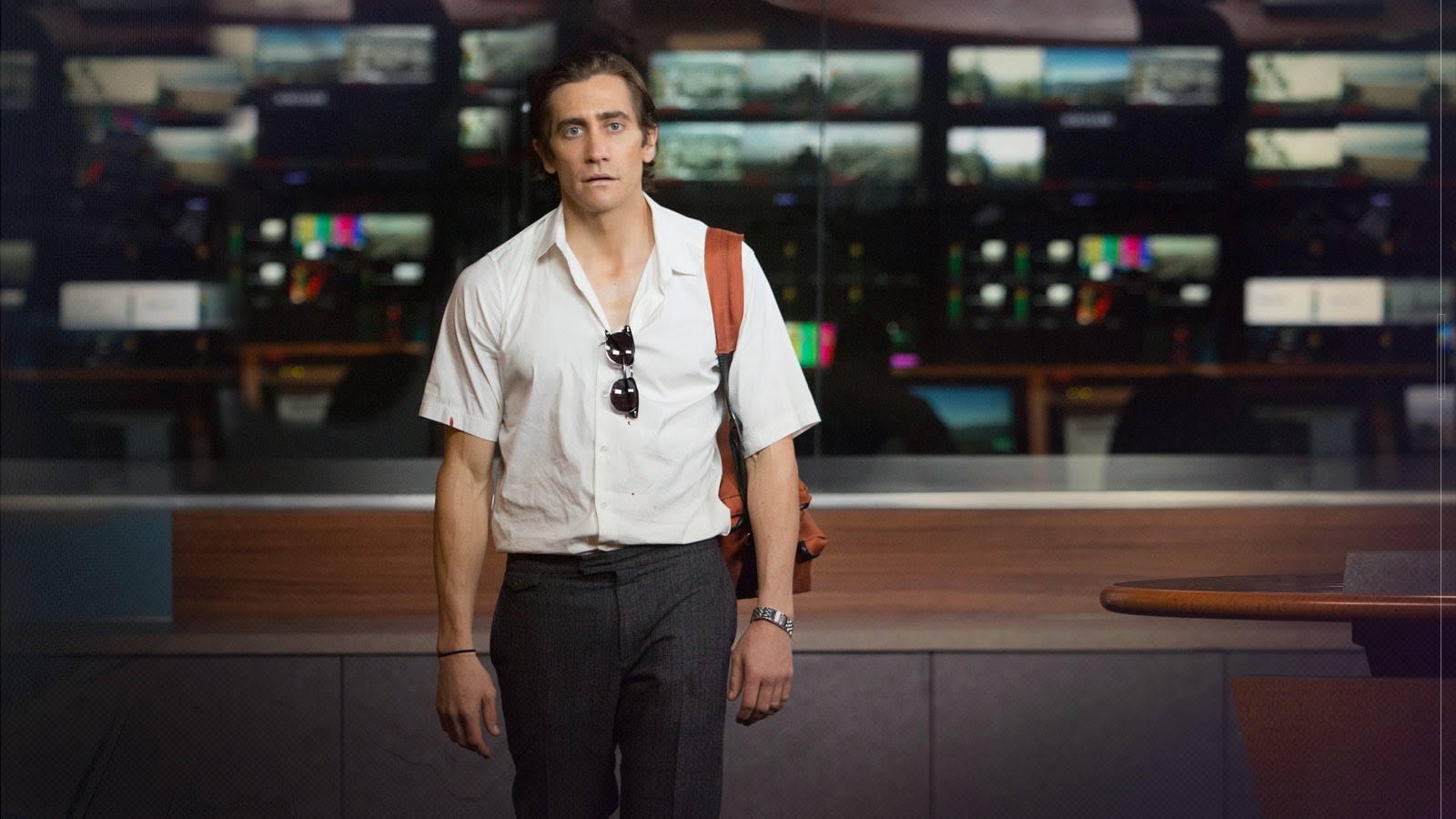 Without getting too preachy, Gilroy offers thoughtful insight on the mental processes that go behind what should and should not be put on television news. Of course, whatever brings in an audience will win, and most of what brings in an audience is either a portrait of violent crime or nothing short of people burning alive. Bloom is just a vessel to show that there are immoral people out there who are only interested in money, while "love" for the job is a manufactured concept to justify unethical actions.

B+
Good Qualities: Jake Gyllenhaal's performance, cinematography, and commentary.
Bad Qualities: The film seems to abruptly end, too many subplots and loose ends.

| 2:32 PM
Email ThisBlogThis!Share to TwitterShare to FacebookShare to Pinterest