John Wick is explosive with cinematic brilliance and a die-hard action that seems to be missing from cinema today.

John Wick (Keanu Reeves) is a man who seems to be slowly losing everything. Still reeling from the death of his wife, John receives a last minute gift: a puppy. Everything seems to be getting better, until a group of Russian thugs break into John's house, steal his car, and kill his puppy. Unknowingly to the thugs, John Wick is the assassin you send to kill assassins. The bad-ass to end all bad-asses.

Keanu Reeves' acting chops are best for this film. His dead-eyed stare and brood looks work for every scene, while his previous martial arts experience seals the deal. Surprisingly, there are moments where Reeves' breaks from his typecast and shows true acting capabilities. These moments are the icing on the cake which is a high-octane thrill ride involving assassins, the mafia, and classic revenge. 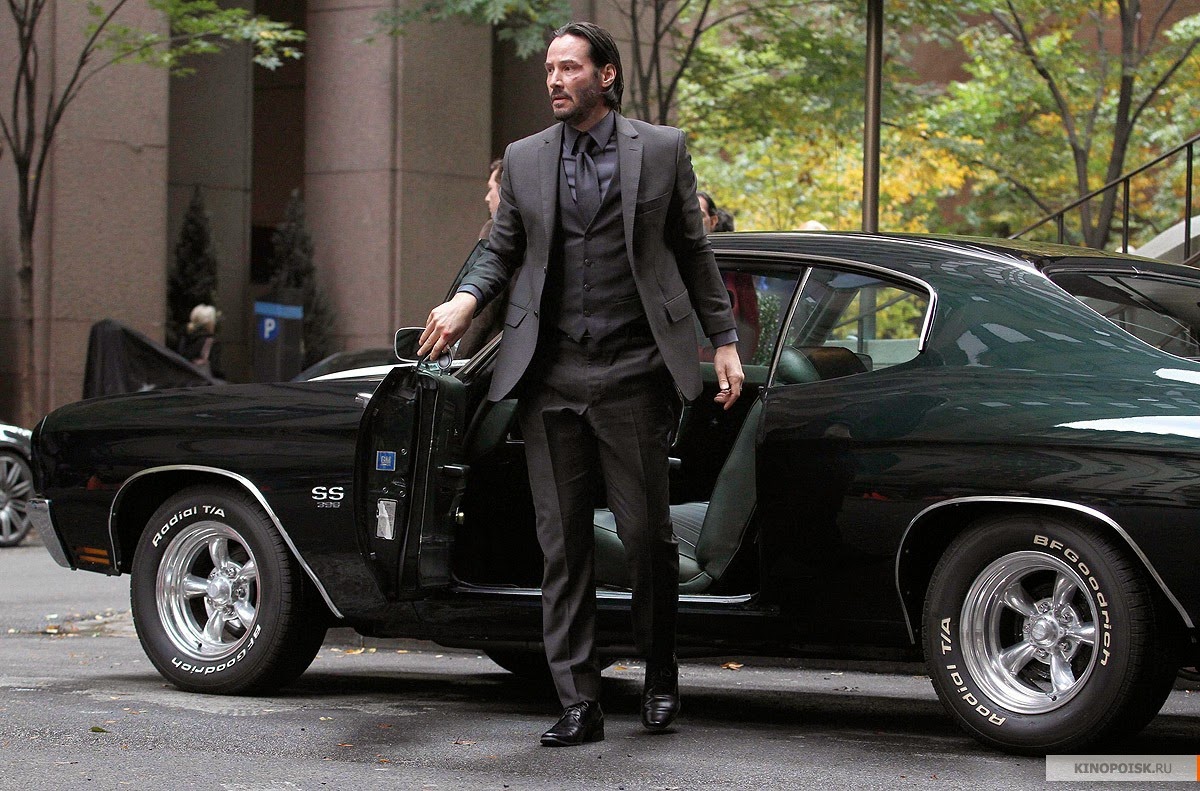 Name an action movie with a great mixture of hand-to-hand combat, car chases, gun fights, beautiful cinematography and characters that you care about just enough, without all the hour long character development? I got Taken, which came out in 2008. There can be a case for Sylvester Stallone's Expendables (2010), but Stallone poorly mixed subplots with 80's action.  John Wick provides a sense of nostalgia with muscle cars and boss fights that seem to be all muscle and few wit, but also provides a great mix of modernism from the intelligence of the story and the set up of each action scene to the sleek camera work and fast-paced perfectly choreographed martial arts.

To no surprise, this movie is directed by two stuntmen, David Leitch and Chad Stahelski, who have collaborated with Reeves on many previous projects. Written by newcomer, Derek Kolstad, John Wick proves that a great action film can be an original idea and not based off video games, comic books, or any other merchandise. Unfortunately, John Wick also proves that cinema has little room for originality unless it's a high-profile director vehicle. With an unknown production value and a small $14 million weekend gross, John Wick seems to be a gem lost in a sea of other flops that provide worse writing and character development, but similar stories.

B+
Good Qualities: The action, the characters, the story runs smoothly
Bad Qualities: It's a high budget, blockbuster, without the blockbuster audience.

| 7:07 AM
Email ThisBlogThis!Share to TwitterShare to FacebookShare to Pinterest