Wish I Was Here: Movie Review 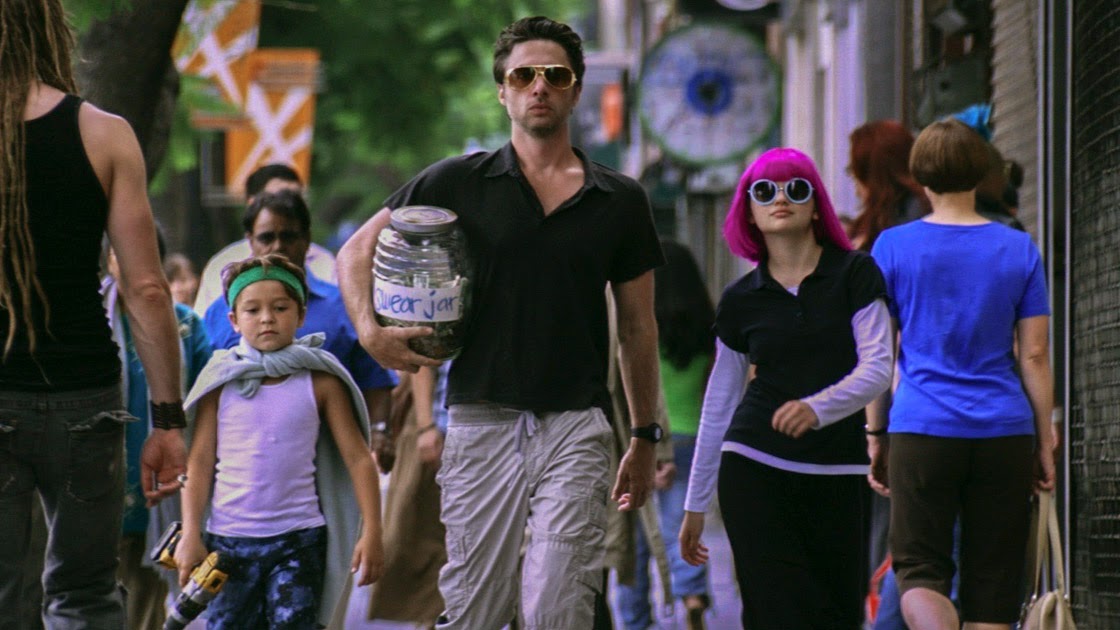 Wish I Was Here follows Aidan Bloom (Braff) as he struggles through fatherhood to unite his family under the tragic news that his father has been diagnosed with cancer. This is a busy film from the get go. There's no wasting time as Zach Braff takes his audience on a journey of self exploration and the responsibilities of adulthood. The first act of the film feels like rush hour traffic, with the second half becoming jammed with all the script's problems uncomfortably tangling up and slowing the film to a yawning pace. Braff focuses on every characters' problem throughout the film, which some have true meaning to the story, while others are just there to fill screen time. The story is interrupted many times to make room for ill-timed comedic moments, like a priest who doesn't know how to drive a Segway, or Braff's longtime friend Donald Faison's unnecessary appearance. Braff, as co-writer, director, and actor, lucks out as everything unfolds near the end to create a memorable, emotion-packed ending.

Braff incorporates a treasure trove of surreal characters, often times too unusual for their own good. Each actor plays their role with acclamation, as Braff directs the best performances from everyone. Braff, as an actor, tries moving away from his role as kind and innocent. It's unnerving with Braff swearing his first words loud and obnoxiously, and it never changes. Kate Hudson as Sarah Bloom, Aidan's wife, is the most normal character onscreen. Unfortunately, her problems are just as weird, with her co-worker narrating his penis and talking about half-boners. The gems from acting come from Joey King's, Grace Bloom, and Pierce Gagnon's, Tucker Hill, as Aidan's children. Sure, they're strange, but that's what you love about them. Tucker keeps a power drill under his pillow and believes school is just another place to sleep. While this film is Aidan's midlife crisis story, it is also Grace's coming-of-age tale. Aidan and Grace learn so much from each other as they both confront their problems together. 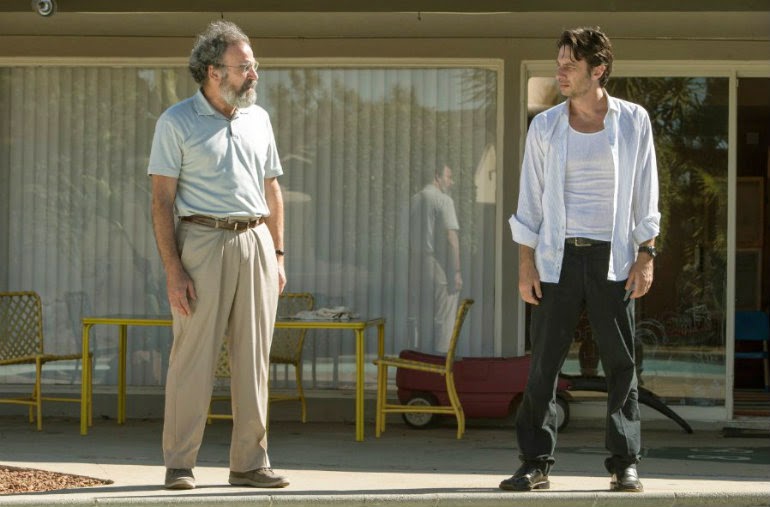 Through the plot's problems and strange characters, the story has moments. The dialogue is gold and carries the film through the hardest scenes. Braff and company act their hearts out to become one of the greatest casts this year to watch onscreen. No matter how strange Wish I Was Here is, there is something that draws you to this film. The cinematography and characters are something from a dream, even when the problems are piling up all around them.

| 9:32 AM
Email ThisBlogThis!Share to TwitterShare to FacebookShare to Pinterest