You probably don't have much time to read a three page film review and you probably want the basics. We'll make it quick and easy to save you time. 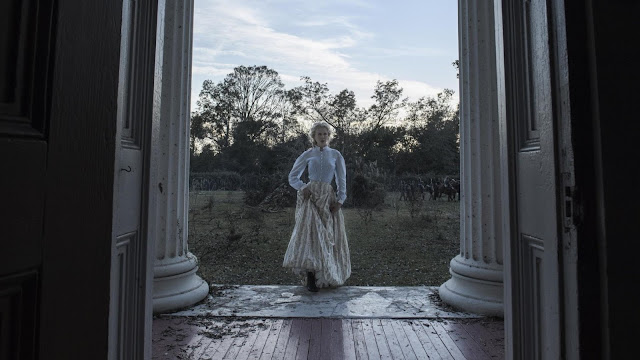 Based on the novel by Thomas P. Cullinan, a girls' school in Virginia takes in a wounded Union soldier (Colin Farrell) during the Civil War. Being away from a man's presence in so long, the women vie for the affection and lust of the man. That's the story and the film makes no marks in complicating or developing beyond that point. Director Sofia Coppola uses a persistently noticeable, boring restraint up until the last shot. Coppola imitates a director who is nervous and all too safe, treading through an all too simple story. Sometimes her safe directing style brings about beautiful long shots, but the film lingers for an hour and a half with minimal action. 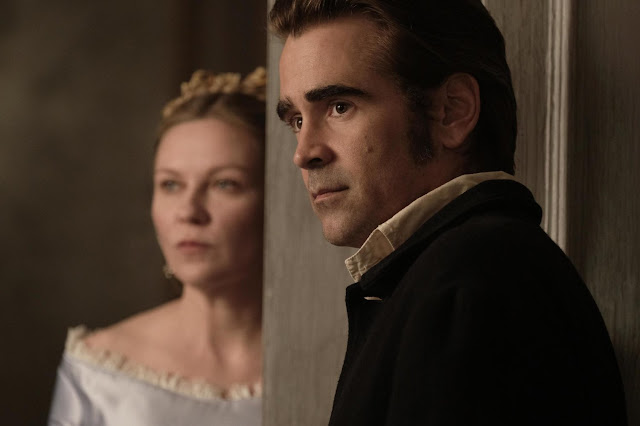 The Beguiled doesn't have much to say in terms of storytelling. The film focuses on a single plot point for more than an hour. Farrell's abilities are wasted as a wounded Corporal John McBurney, who lays in bed for half the film. Nicole Kidman, Elle Fanning, and Kirsten Dunst take on the respective lead roles as the main women lusting over Farrell. Each plays their part with finesse and a hint of mystery, but the latter may be on the direction of Coppola who gives each character very minimal development. This eventually leads characters to act in rash ways that don't add up to the story that has just been told.

The most intriguing moments arrive during the final, and shortest act of the film. Relationships fall apart and everything goes awry. Unfortunately, it's not in a classic domino effect, but more of a slow burning fire. You notice what's coming a mile away and any moment of suspense or thrill is lost in the all-too obvious end.