Best and Worst of Michael Bay

With 13 Hours: The Secret Soldiers of Beghazi being released this week, it's time to look back at the films Michael Bay has brought into cinema.

As much as I would love to attack Michael Bay's production company and how it lacks character, the best and worst list is strictly Bay behind the camera.

To start of the list, we have the worst "Transformers" film in a franchise filled with worsts. The title says it all and many of us wished it was literal for this cinematic world. The word 'age' is too liberal in films. There are no real threats in this orgasm of visuals. Instead, teen angst gets the better of this near three hour film. Even the visuals aren't as up to par with the previous installment. Bay utilizes fewer of his previous film techniques and creates one helluva mess. The marketing up until the film promised great expectations for the Dinobots. Instead the Dinobots acted like bitches to Optimus Prime and were in less than 15 minutes of film. It was very evident that Bay was in this for the money. No heart and no passion went into this project. 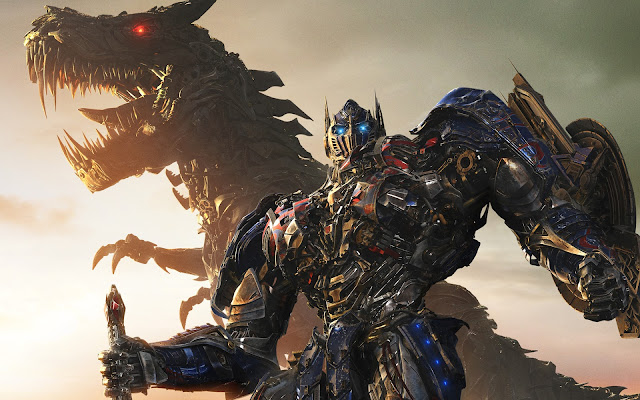 10. Transformers: Dark of the Moon

Once a trilogy goes downhill the best thing you can hope for is a final end. "Transformers: Dark of the Moon" was to be that final nail in the coffin for the franchise, and with good cause. Each film in the "Transformers" franchise grew and grew in stakes and size, eventually leading to a worldwide assault from the Decepticons. Unfortunately the visuals weren't as glamorous as people expected.  Bay overly utilizes two colors in each of his films: Orange and Blue. It gets pretty old, pretty quick and for "Dark of the Moon", there were a near three hours of orange and blue colors mixed with explosions and a running, whiny Shia LaBeouf. 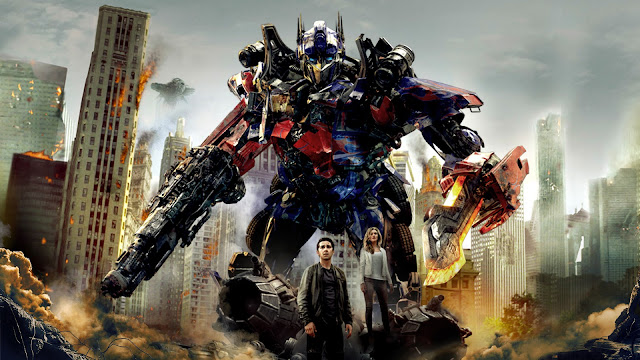 9. Transformers: Revenge of the Fallen
One successful film in a franchise does not guarantee more successful films. Fortunately, if you're Michael Bay and you know how to glitz and glam your pictures, you'll do just fine. It took the "Transformers" franchise one film to go from hopeful-good-franchise-contender to crappy, heartless and greedy franchise juggernaut. The characters aren't developed beyond the previous "Transformers", the stakes are raised higher to the point of near absurdity, and Shia LaBeouf has perfected his ADHD, screaming, running, and whining. 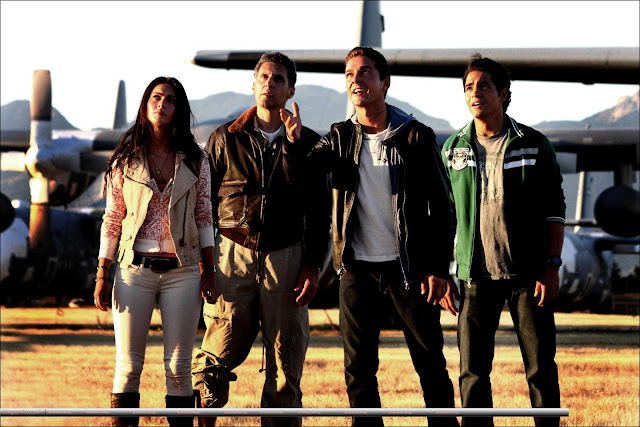 It's truly better to forget than remember. I remember all the films that have come on this list prior to "The Island", but I barely remember this film. "The Island" is always a hopeful film and a definite film to leave on when you need background noise. Nothing should be wrong with it. There's Sean Bean, Ewan McGregor and Scarlett Johansson in acting, and pretty decent sets. It's an awkward romance and prison escape story. It creates a perfectly subtle futuristic world (a precursor to the dozens of crappy young-adult adaptations). It's just very forgettable in execution with bland cinematography and boring dialogue. 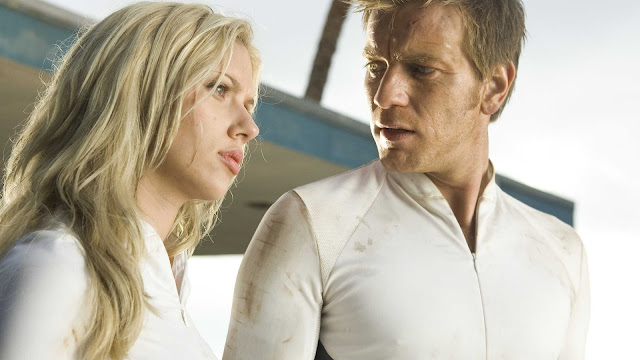 Around the time "Pearl Harbor" was released, Hollywood was already on the war train. "Pearl Harbor" was a simple sign of the times. However, the film took focus away from World War II and placed focus on a catastrophically boring love triangle. Poorly written romance aside, "Pearl Harbor" is a cinematic war epic that stirs emotion. This is Bay's first big budget action film and when the action comes it pays off. This is also one of very few films to not use Bay's classic orange and blue hues. You might enjoy the action if you can get through two hours of Kate Beckinsale deciding on Josh Hartnett or Ben Affleck. 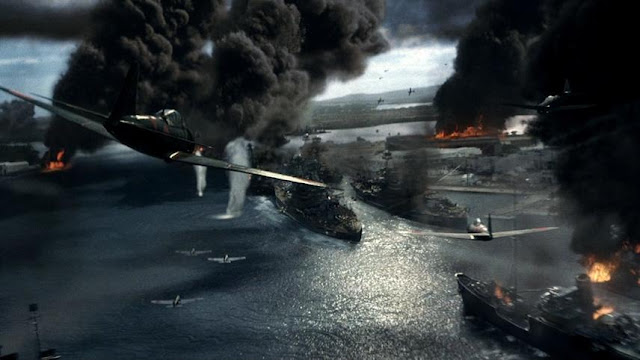 There seemed to be huge anticipation before this film came out. It was primarily because this was the first non-Transformer film Michael Bay had directed in a long time. Many fans felt that Bay was going back to simplicity.  "Pain and Gain" was a fun true-life story that Bay seemed to enjoy creating. The characters were well developed, there was a good balance between dark comedy and seriousness, and Bay was able to incorporate his classic slow motion shots and glitzy scenes. "Pain and Gain" was another film that featured few of Bay's classic color schemes. However, Bay directs this film as chaotic as a "Transformers" film and the comedy backfires in the shadow of this being based on a real story.

Before you become a blockbuster king, you jump around and discover what you like and what you don't like. Bay's sophomore film set in San Francisco was just that: A self-discovery. Bay works best when he has a small-to-mid sized cast of characters and over-the-top characters that can work well with the over-the-top film style of Bay. Who knew that Sean Connery and Nicholas Cage would have chemistry? Bay did apparently. The two are a match made in action hero heaven. The story is simple and Bay doesn't have the chaotic filmmaking mentality that he would eventually grow into. Instead, Bay is a risk taker. He tries breaking film boundaries by bringing together as much nonsense as he can and weaving through the nonsense to film something palpable. 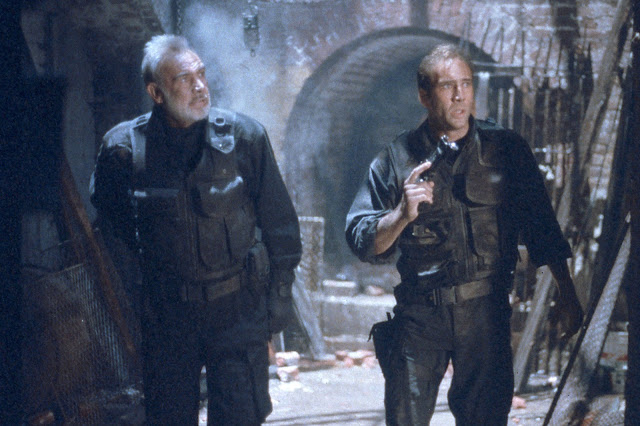 Bay doesn't create a nostalgic film. "Transformers" is a fun and action-packed adventure for the teenage mind. He has a mission from a studio and he completes that mission with force, comedy, and an amateur Shia LaBeouf. The visual effects are superb. The robot feel real. The sets are unusual, but work. The robots have as much character as the humans and the cinematography is full on orange and blue. There's slow motion, massive firework-style ground level explosions, and interestingly enough...simplicity.

Will Smith as an action star? Michael Bay had a lot of guts to place television's funniest as the lead in this R-rated action film. "Bad Boys" is a superb buddy cop action comedy. The film transcends other buddy cop comedy, but not for any special reasons. The chemistry between Smith and Lawrence is astounding and the action is simple. "Bad Boys" is Michael Bay's first feature film and one of his best because of the effort put into it. There are moments when story is set aside for a shirtless Will Smith or pointless action, but that would eventually be part of the Bay style that many have come to love and hate. 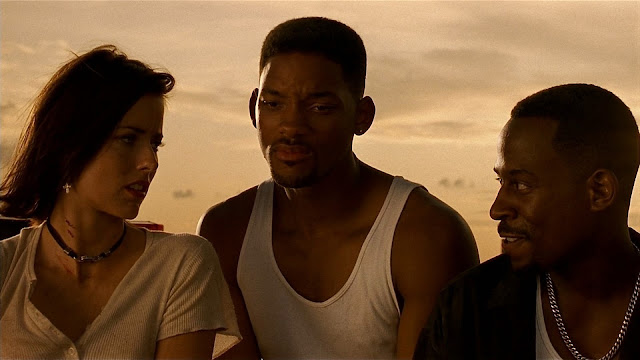 So many quotes. An Aerosmith song. Oil drillers in space! A young J.J. Abrams helping in the writing process. Okay, the last one was a bit more of a geek-out. "Armageddon" was the highest grossing film for a reason. The cast is filled with lovable 90's big shot actors, the dialogue is strong in the places it needs to be, and the message of being able to do anything is uplifting. Sure, oil drillers going to space in a few weeks is a bit crazy, but the message it conveys to the people is timeless. 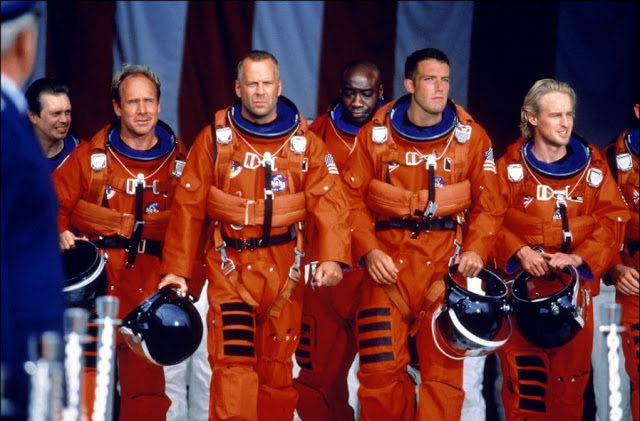 This film raises the stakes and brings Bay into full fledged action mode. All of Bay's strengths are presented throughout and very few of his weaknesses are shown. Smith and Lawrence are comfortable and knowledgeable about what they are doing. Each scene flows smoothly while Bay creates a carefully constructed chaotic mess. This is Bay's fifth film, and his incoming style shows all over. Slow motion shots, heroic sunlit shots, orange hued cinematography, and over-the-top action pieces. 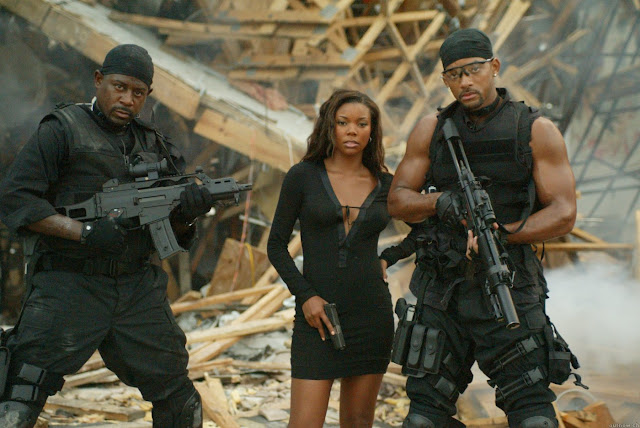 Consensus: There aren't really many good Michael Bay films out there. Even the top three I picked a pretty bad in many areas. The "Bad Boys" franchise and "Armageddon" are driven from nostalgia. All his films are messes, but all of them entertain. Bay is a people's director. He directs escapist films. If Bay gives anything back to society, it is the message that you can be anything. Oil drillers turned astronauts. High school boys turned into saviors of the Earth. Nicholas Cage turned into a good actor.