"The Revenant" paints the American West as a cruel and beautiful world that captures heaven and hell. 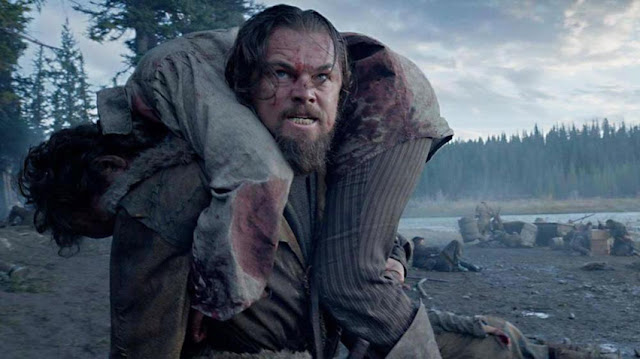 When was the last time you saw an old-school Western? A Western that featured yellow and orange hues, sweeping desert landscapes, a rough-and-tough hero the likes of John Wayne? In this day and age there haven't been many, and with "The Revenant", there might never be one again. Everything about the film is bloody, horrific, violent and sometimes outrageously over-the-top, but that just makes the film better.

"The Revenant" follows frontiersman Hugh Glass (Leonardo DiCaprio) as he leads fur-trappers out of the deep frontier of the Midwest and back to civilization. On the way, Glass is attacked by a bear and left to die by his fellow frontiersman John Fitzgerald (Tom Hardy). But revenge gets the best of Glass. Brutal revenge is what drives every bit of this film, inside and out, while beautiful landscapes juxtapose every hardened, blood soaked scene.

"The Revenant" is a testament to filmmaking. A make-it-or-break-it film that sometimes feel out of its time. Director Alejandro González Iñárritu drags DiCaprio through hell and literal high-water. Cinematography Emmanuel Lubezki creates each shot like it will be his last. Hardy plays his loose cannon wildcard with pristine and precision. "The Revenant" doesn't cut into modern American culture and place political metaphors at the doorsteps of its audience. The film directly attacks the Hollywood system and what it has become. Nowadays, Hollywood bets safe. When will we see another film that places a greater emphasis on the punishment of the cast and crew?


There isn't a lot to say when surviving in the Midwest. DiCaprio rarely needs to speak to convey emotion, and neither does Hardy. They are both superb actors who have fine tuned all aspects of their characters. It becomes evident in every frost-bitten, blizzard scene where these actors are suffering at the whim of the camera, but stay in there rough and tough personas. The only person anyone should be worried about is Hardy, who seems to be comfortable and calm in every scene no matter how brutal and unforgiving the environment may be.

Each scene is gorgeous and creatively shot. Lubezki utilizes his continuous shot format that he has nearly perfected throughout his career. Freedom reigns on location for both Iñárritu and Lubezki. Through the wilds of the rivers, forests, and plains, they capture everything their hearts' desire. Be it a shot of flailing trees to the cold, lively waters of the rivers. This is the wild, great frontier and nothing is off limits for a camera. And while graphic violence may sometimes rule the screen, each scene is a masterpiece.

"The Revenant" may be unforgiving to its characters, but the film is simply beautiful and a reward to watch.

| 8:10 AM
Email ThisBlogThis!Share to TwitterShare to FacebookShare to Pinterest