"Batman v. Superman" is gorgeous at times, but messy, unbalanced and unnecessary. The film raises the question of if there should even be more DC Universe films. 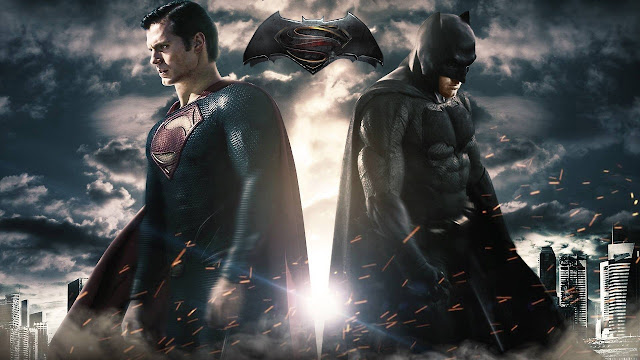 In a world where the only way to make money is to one-up the competition, "Batman v. Superman" tries going all out in Warner Brothers' first real DC Cinematic Universe film. Unfortunately, the plot revolves less around Batman and Superman fighting and more on the filmmakers trying to toss together a coherent story that will serve as an appropriate jumping off point for the franchise.

The film brings back Henry Cavill's emotionally stale Superman and his girlfriend and all around useless character Lois Lane played over-dramatically by Amy Adams. Luckily, these two dull characters are redeemed by Ben Affleck's brooding but vicious Batman. The film is based around Bruce Wayne and that's where the heart of the story sits. Wayne is upset that Superman destroyed Metropolis, and things aren't looking any better. At the moment it would seem to be a simple, morality story that could almost play like a Shakespeare tragedy. Instead, more characters are needed for a "proper" introduction. Gal Gadot enters as the gorgeous Amazonian, Wonder Woman. But no matter how awesome Gadot's Wonder Woman is, the film wholly under-utilizes her to the point where she's near useless. Throw in a couple villains like Jesse Eisenberg's Silicon-Valley-Type-CEO Lex Luthor and the CGI monstrosity of Doomsday and you have a very bloated story that doesn't serve its purpose for either the audience or the franchise.

The title lies about the movie that's on the screen. While there is a fight between two of DC's mightiest heroes, it isn't anything worth talking about. The film has an agenda to get everything over. Director Zack Snyder and team are the procrastinators on a large complicated assignment. The film looks to be put together at the last minute, with the final half of the film feeling very rushed. Writers Chris Terrio and David S. Goyer have a hard time focusing on the story on any one plot point. The film starts off as an origin story, then becomes a noir detective story, then an action film, then a political thriller, and then finally a superhero tale. The film is spliced and compounded so much that Terrio and Goyer are forced to write dream sequences and hallucination scenes so there can be some possible and coherent connection within the story. The film feels long and the studio knows it, so a good chunk of the film is thrown out. You'll see this half way through, when all manner of story flies out the window and all of a sudden everything is set in place for the death fight between the titular superheroes. By the time the third act comes along, Snyder is fed up and leaves everything to the special effects department. The department makes the easy decision to fill the screen with bright oranges that remembrances back to Snyder's "300" and "Sucker Punch".

As mentioned before, the film is long. Mostly unnecessary. Snyder recreates the scenes where Wayne's parents get murdered. Yes, this happens. The very first scene, which is about ten minutes longer than it should be. It's the dullest telling of this scenario, because it's all visuals. Slow motion bullets, crisp high definition pearls. All unnecessary for a small plot point that gets featured later on in the film. A plot point that makes no sense once it arrives. Then, once the end of the film comes, it's like watching "Lord of the Rings: Return of the King". Snyder can't pick which ending he wants so he packs all of them in. 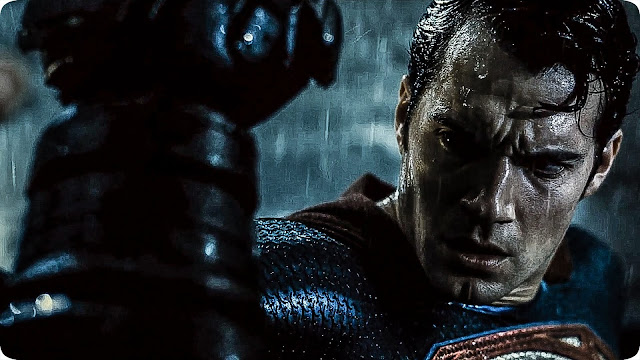 Of course not everything is bad. I am a big Batman fan. Affleck is a worthy Batman even if Batman's morals are bent for Snyder's blasphemous pleasures. Gadot's Wonder Woman has a lot of potential for being the best female superhero in film. Wayne and Batman dominate screen time, so at least we get a sense of where his superhero is heading in the future. There are some quality special effects from time to time. But the cons outweigh the pros throughout the film.

There should have been more than doubt that this film would be less than good. Coming from a director who's passion project was about prostitutes dreaming up fantasy worlds to gather keys to escape their brothel. Throughout this film there will be notices where Terrio works really hard to rewrite a story that Goyer butchers. Unfortunately, "Batman v. Superman" was doomed from the start. Hopefully the franchise will turn out better with each successive film.