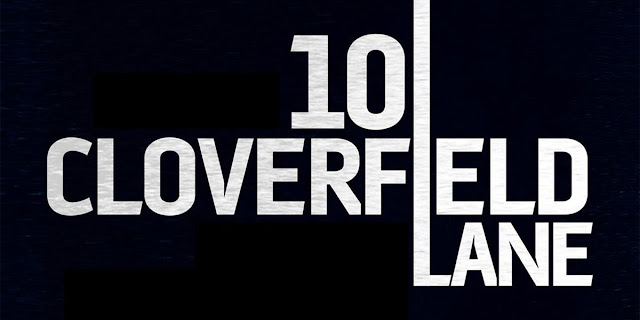 J.J. Abrams is becoming the king of teasing, sneak peeking, and secrecy in Hollywood. Why is it that Hollywood keeps putting out trailers showing the entirety of the film they are advertising? Film and marketing analysts have long gone on to say that the public's attention span has dwindled and if a film doesn't catch the attention of a person in a focus group, then the film won't project well. So, Hollywood creates the "best" solution: They provide a two and a half minute movie trailer that provides the viewers with too much information. Of course there are a thousand extraneous factors in play. But, who knew that going the opposite route would provide better results?

"10 Cloverfield Lane" is mainly a shrouded, big, awesome, present that doesn't get unwrapped until the final ten minutes of the third act. And, the film plays perfectly throughout, with strong, dynamic characters. Yes, there might be only three people in a near two hour film, but the characters aren't the only things to watch.

The first five minutes of the film features no dialogue. Instead the camera focuses on objects to display the mood of the lead, played by Mary Elizabeth Winstead. The art direction and production design are gorgeous too. John Goodman plays a conspiracy theorist and overall nut-job who has created a homey fallout shelter. The film relies on high-wire tension, so the moods of the scenes don't match the bright colors and cluttered decor. It creates a dissonance and stresses out a scene to provide more tension and thrills.

But, let's not get too off track with how brilliant the film appears on screen. It is more the marketing that has created the overall image of "10 Cloverfield Lane." It's crazy to think that in an age where spoilers arrive before the actual film starts production, "10 Cloverfield Lane" hid in the dark and wasn't known until less than a month from its release. On opening weekend it had scored second place, and has picked up a lot of critical buzz.

If anything, J.J. Abrams has taught Hollywood that movie trailers don't need to be launched years in advance, and a trailer doesn't need to show us everything. "10 Cloverfield Lane" is a maze that viewers become lost in. It's a great thing not to know much about the film while going in, because the film is unique. Probably one of the most unique films presented to us in a long time.


B+
Good Qualities: Unique, great characters and marketing.
Bad Qualities: A lot of tension that rarely gets released.

| 3:00 PM
Email ThisBlogThis!Share to TwitterShare to FacebookShare to Pinterest