What Could Make Star Wars: The Force Awakens Better 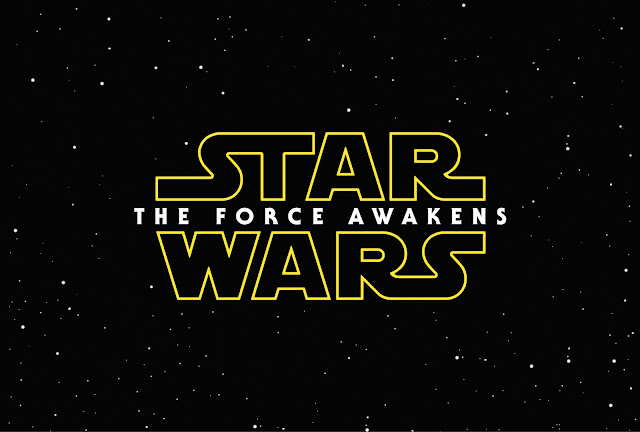 Throw the comments in about how the dialogue wasn't that bad. It wasn't that bad, but it wasn't "Star Wars." "The Force Awakens" dialogue was a bit too modern, this generation, at times. There were moments when Finn felt more in touch with our galaxy than with a galaxy far, far away; especially when Finn said, "Boyfriend."

You can certainly make a point that stormtroopers probably don't have that high caliber of language, but even in the franchise's worst films and worst dialogue, there was never doubt that the dialogue didn't match the story. "The Force Awakens" dialogue just didn't match "Star Wars." Hopefully, Rian Johnson can cure this problem in Episode VIII. 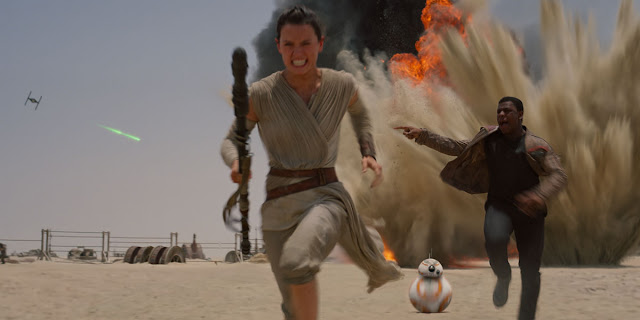 It's very hard to dismiss the fact that this film is trying to make a cultural statement in terms of feminism and race. While Daisy Ridley and John Boyega weren't a massive problem, Gwendoline Christie as Captain Phasma was the evidence. Captain Phasma was heavily marketed and much of the press on Christie was based on her female villain aspects, but the finished film provided a useless, pathetic character.  She was rarely to be found doing anything that progressed the story that someone else could easily do.

Evidence is tough to find in film, unless someone who has worked on the film comes out and says that there was definitely talk regarding sex and race before filming began. However, look at the numbers. After tomorrow "The Force Awakens" will be released in 50 countries. In America, the film is being shown in 4,134 theaters. If any film has a chance to create a statement on race and sex, this is the film to do it with. But, this film sometimes over does it.

That whole scene with Finn holding Rey's hand and Rey complaining that she can take care of herself, was forced. Rey being able to take care of herself is never something brought up again. This character point is tossed aside right after the two leads run into the Millennium Falcon. So, either take this scene out or follow it through until the very end.

The final piece of evidence is the shoehorned storyline with Finn and the lightsaber. His first duel with a random stormtrooper -- who has the ability to fight off a lightsaber -- is forced and placed during a crucial point made for Rey, not Finn. In the end, the lightsaber is Rey's, but Finn holds it for the majority of time. "The Force Awakens" tries to send the message that anyone can hold a lightsaber, but then that kind of negates the purpose of the Jedi. The only other non-Jedi/non-Sith person who has held a lightsaber has been Han Solo, but he didn't use it for battle. Simply speaking, Abrams gives Finn the lightsaber to make a point, but the point becomes lost when we discover that Finn is not a Jedi and does not have the Force (So far. This can change in upcoming films). While it might not be in order to give someone the Force, who isn't part of the Skywalker family, it makes sense in the fluidity of the story. If he doesn't deserve to have the Force, then don't have him hold the lightsaber. Rework the story. This is about Rey, Kylo Ren, Han, and Luke more than any other character.

If you're going to make a statement about race and sex, don't half-ass it. Go big or go home. "The Force Awakens" got close, but not close enough. 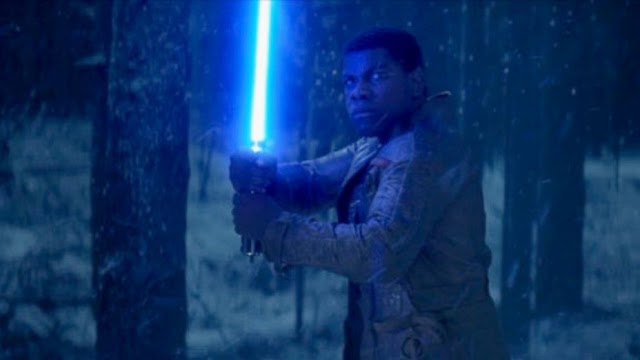 I will admit that the Force is the most annoying part of the film, because this gives claim to so many things that ruin the original trilogy and part of the prequels. "The Force Awakens" introduces the Force as we've never seen it before: Alive. It calls to Rey so heavily that it's almost its own character. But if this is true, then The Prophecy from the prequel trilogy still has not been fulfilled and Luke and Darth Vader weren't as special as we all thought. The Force never called out to Luke and Darth Vader this hard.

The Force has Rey go head-to-head with the powerful Kylo Ren in a staring match and in a near flawless lightsaber duel. The Force also gives Rey quips to throw at Kylo Ren, like knowing that Kylo is scared that he will never be as powerful as Darth Vader (Even though there is evidence in this film to prove that Kylo might already be as powerful as Vader).

The Force is too strong in this film that it is more of a gimmick than something that should be cared about. Abrams and crew have to find another way to present solutions in their films instead of just letting the Force do everything. In "A New Hope", Luke didn't get any glimpse into the Force until Obi-Wan Kenobi died. In the prequels, the Force was more of a meditation, yoga lifestyle. Now, the Force is pure information overload for anyone who has it. The Force provides Kylo Ren with all the information he needs to know about Finn and a bit about Rey. Rey acquires the Force in record time. This then goes back to the question about the Prophecy. The Force has never been this strong, so is Rey the one from the prophecy meant to destroy the Sith once and for all? Let's hope, or there will be some major disappointments. 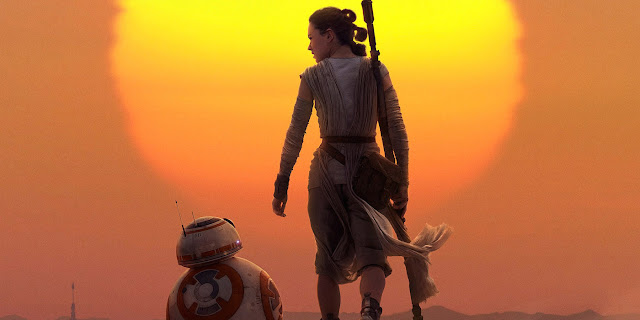 4.  Everything About the Ending

Abrams finds a way to pack too much into a tiny amount of time. Han Solo dies. Finn fights Kylo Ren, then Rey fights Kylo Ren. Starkiller base is destroyed. Within a small amount of time Leader Snoke orders that Kylo Ren gets picked up to finish his training. Rey, Finn, and Chewbacca arrive at the Resistance base. There is moping. R2-D2 wakes up from a self-induced coma and gives the Resistance the map to find Luke Skywalker. Rey and Chewbacca leave to go find Luke. They arrive at a planet. Rey walks up a lot of stairs. Rey and Luke connect eyes. The end. This all takes place in five minutes, but there are so many questions that are set aside.

A. Does Kyle make it out? We are suppose to believe that in the middle of the forest, Admiral Hux and crew have enough time to find Kylo and get off the imploding planet. There are no actual scenes showing the rescue of Kylo. One small scene would easily be able to fit into this film.

B.  Why do Rey and Leia hug each other after Han's death? Once Rey and Chewie arrive at the Resistance base, it is Rey who hugs Leia while Chewie disappears into the background. Sure, the Force is strong with Leia and Rey, but are we going to ignore the fact that Chewie and Leia have been friends for near 40 years? Plus, this is the first time that Rey and Leia meet. They don't know each other, but somehow the Force draws them to hug. Who cares about Chewie's feelings. At least have a moment with Chewie and Leia.

C.  Why does R2-D2 wake up? This is something that can't really be explained. This will either get overlooked throughout the entire trilogy or it will hopefully be brought up in Episode VIII. R2-D2 just wakes up at the end of the film and gives everyone the map to Luke Skywalker. There is probably no easy way to explain this, but it would have been nice to at least try.

D.  Rey goes to look for Luke? Rey is the main character. She will lead this trilogy, but Leia just met her. This is when it would have been better to have an extra 30 minute ending than the quick five that is presented in the film. There had to have been a discussion between Rey and Leia about the Force, the Jedi, and everything in between. We will never really know though. Instead, we watch Rey and Chewie head off to find Luke, because this is about Rey and Luke, not Leia and Luke. We can't be going off course.

E.  Searching for Luke.  Somewhere along the line, Abrams found out that "The Force Awakens" was almost two films in one. So, Abrams cut the second film down to five minutes. The entire ending of this film could be a second film, but we get the footnotes. Again, I would have been okay watching an extra 30 minutes of this film than a poorly cut, poorly explained five minutes of what we got.

| 9:33 AM
Email ThisBlogThis!Share to TwitterShare to FacebookShare to Pinterest