Dumb and Dumber To: Movie Review

You cannot win an argument against an idiot. They'll barrage you with stupidity until you give up and lose. Dumb and Dumber To is too idiotically unconscious of itself to care.

Dumb and Dumber To reunites Harry Dunn (Jeff Daniels) and Lloyd Christmas (Jim Carrey) as they travel America in search for Harry's biological daughter. This is a very loose synopsis, as the story goes off tangent every chance it gets.

The film feels incoherent, especially since Daniels and Carrey seem to be missing their beloved chemistry. While Daniels carries the film, Carrey settles for his overused physical comedy to weigh down every scene. A sad contrast to Carrey's 1994 character, who wasn't as over expressive. 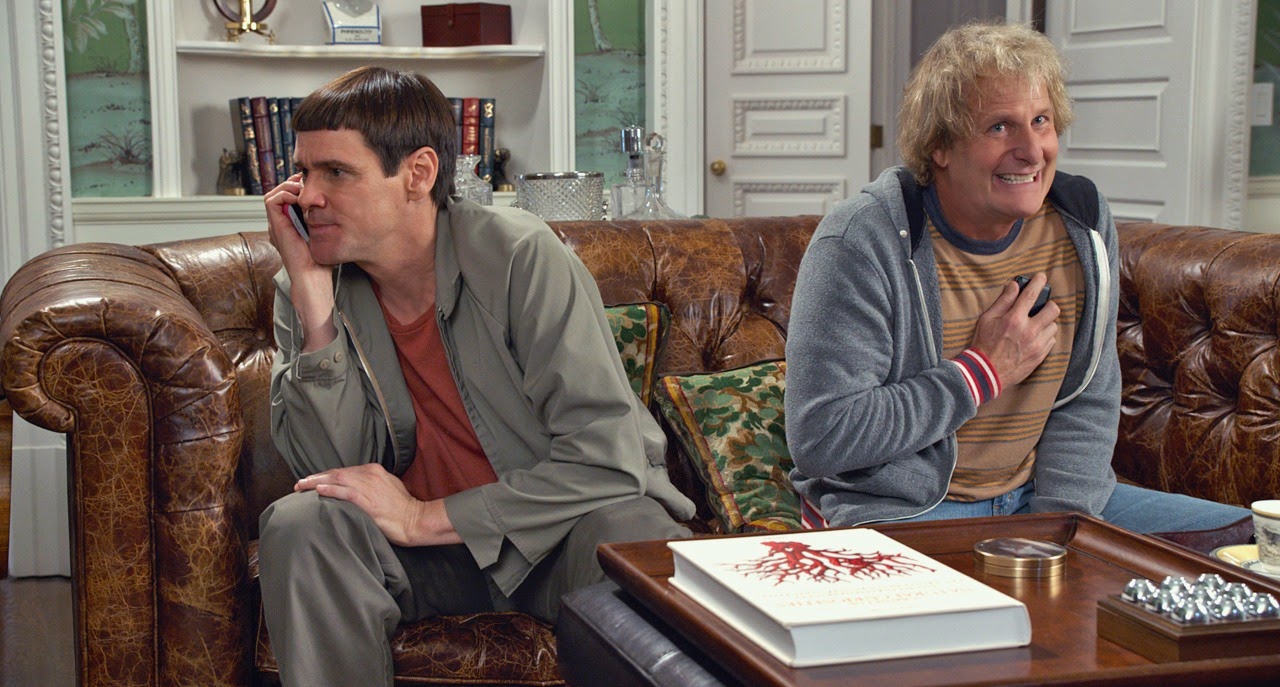 There's no arguing that the film's faults lie with the directors. The Farrelly brothers have lost touch with the world they work in. Their last film, The Three Stooges (2012), unsuccessfully tried to modernized the classic slapstick comedy of the mid-20th century. Dumb and Dumber To tries to bring the 90's to the 2010's, with little recognition about the comedy world of today. The Farrelly brothers write ten jokes per scene in hopes that one will make the audience laugh. Each scene rarely connects with the previous or next scene, and vignettes are forced at every imaginable opportunity. Dumb and Dumber To is the Farrelly brothers' pinnacle achievement to their 21st century extinction.

| 10:58 AM
Email ThisBlogThis!Share to TwitterShare to FacebookShare to Pinterest