Everest mixes a conventional story with a great cast, but the film's structure, dialogue, and character development plague the story from start to finish. 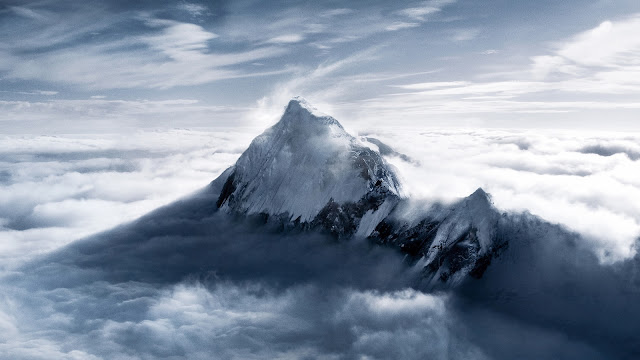 Everest follows the true story of the 1996 disaster in which nine mountaineers were killed on Mt. Everest due to a storm. The film stars a slew of actors, including Jason Clarke, Josh Brolin, Jake Gyllenhaal and Keira Knightley, who all act their hearts out. Unfortunately, the story plays like a Lifetime movie with amazing IMAX sequences. While the acting is phenomenal, the structure is weak and the dialogue is cheesy. Writers William Nicholson and Simon Beaufoy seems to transcribe all the interviews and reports of the tragedy, but do not know who to place the focus on.

The film's main problem is the lack of a main character. Director Baltasar Kormákur tries giving the three leads (Clarke, Brolin, Gyllenhaal), equal screen time, but can't equalize the amount of character development. Clarke's Rob Hall is the most rounded, with Gyllenhaal's Scott Fisher coming in second, then Brolin's Beck Weathers character in third. Clarke and Gyllenhaal are also the most interesting to watch as expedition leaders Hall and Fisher. Brolin's Weathers is thrown in for a happy ending to a devastating tragedy.  A bait-and-switch occurs in the last 10 minutes of the film wherein all focus is on Weathers, but the film overstays its welcome. The story focuses on Everest as a character more than the humans themselves. 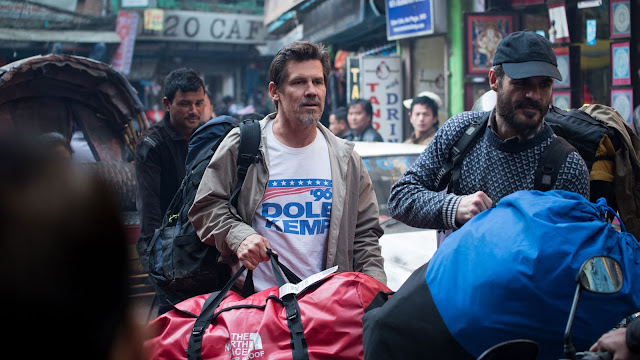 The film also brings up issues of which true stories should be made. Should all true stories about the human condition be made? Everest isn't the worst film, but it certainly doesn't do the people involved in the disaster, justice. The IMAX sequences astound, but the narrative is very thin and poorly crafted. Each character has the potential for growth. Maybe another 20-30 minutes would have helped characters develop, and turned this film into the epic it should have been.

| 8:46 PM
Email ThisBlogThis!Share to TwitterShare to FacebookShare to Pinterest