While better than other off-the-shelf comedies, Vacation drowns under expectations. 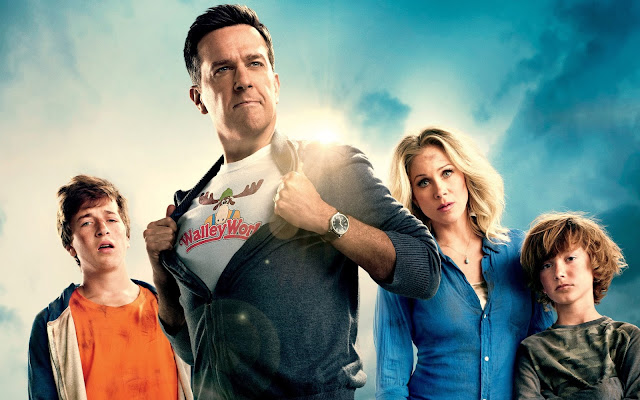 Lately remakes of 80's films have become the new trend in Hollywood. Most of these remakes turn out to be ploys for the nostalgic cinema-goer to come spend their money on a film that was less than half as good as the original. Vacation has this quality no matter how hard it tries standing out.

Ed Helms plays Russ Griswold, and decides that it is time to reexperience his vacation to the Disneyland-wannabe Walley World. Russ coerces his wife Debbie (Christina Applegate) and two sons James (Skyler Gisondo) and Kevin (Steele Stebbins), and the shenanigans begin right out the front door. Helms and Applegate's chemistry is non-existent, but is saved by Gisondo and Stebbin's onscreen brotherly squabbles. 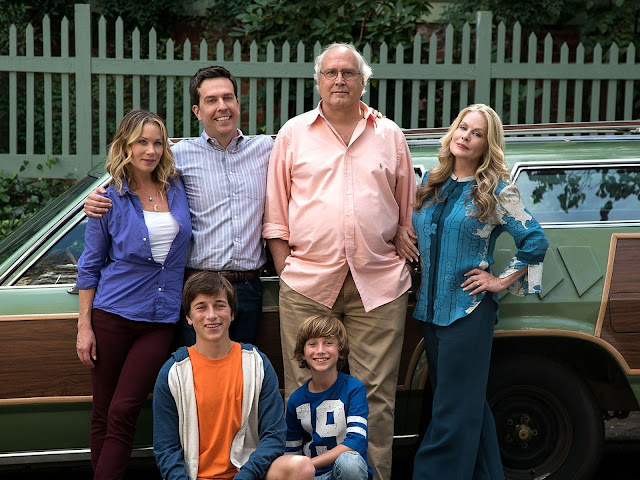 The film focuses more on short ten minute gag scenes than a cohesive story focusing on a true family vacation. Every one has something to prove and just the right amount of jokes to proof it, but character development becomes one dimensional and the plot suffers. Many jokes are direct rip-offs from the original Family Vacation. Chevy Chase and Beverly D'Angelo even make an awkward, and unnecessary cameo appearance. Vacation is entertaining if you haven't watch the original, but if you have, the film is just another remake that folds under the pressure of an expectant audience.

C
Good Qualities: Has some funny jokes for a very good laugh.
Bad Qualities: Reliable on the nostalgia of the previous franchise installments, predictable story

| 5:27 PM
Email ThisBlogThis!Share to TwitterShare to FacebookShare to Pinterest