There's no denying that one of the year's best comedies features Zac Efron and his undeniably sexy body. Neighbors brings the laughs to the party along with deep characters and invoking story. 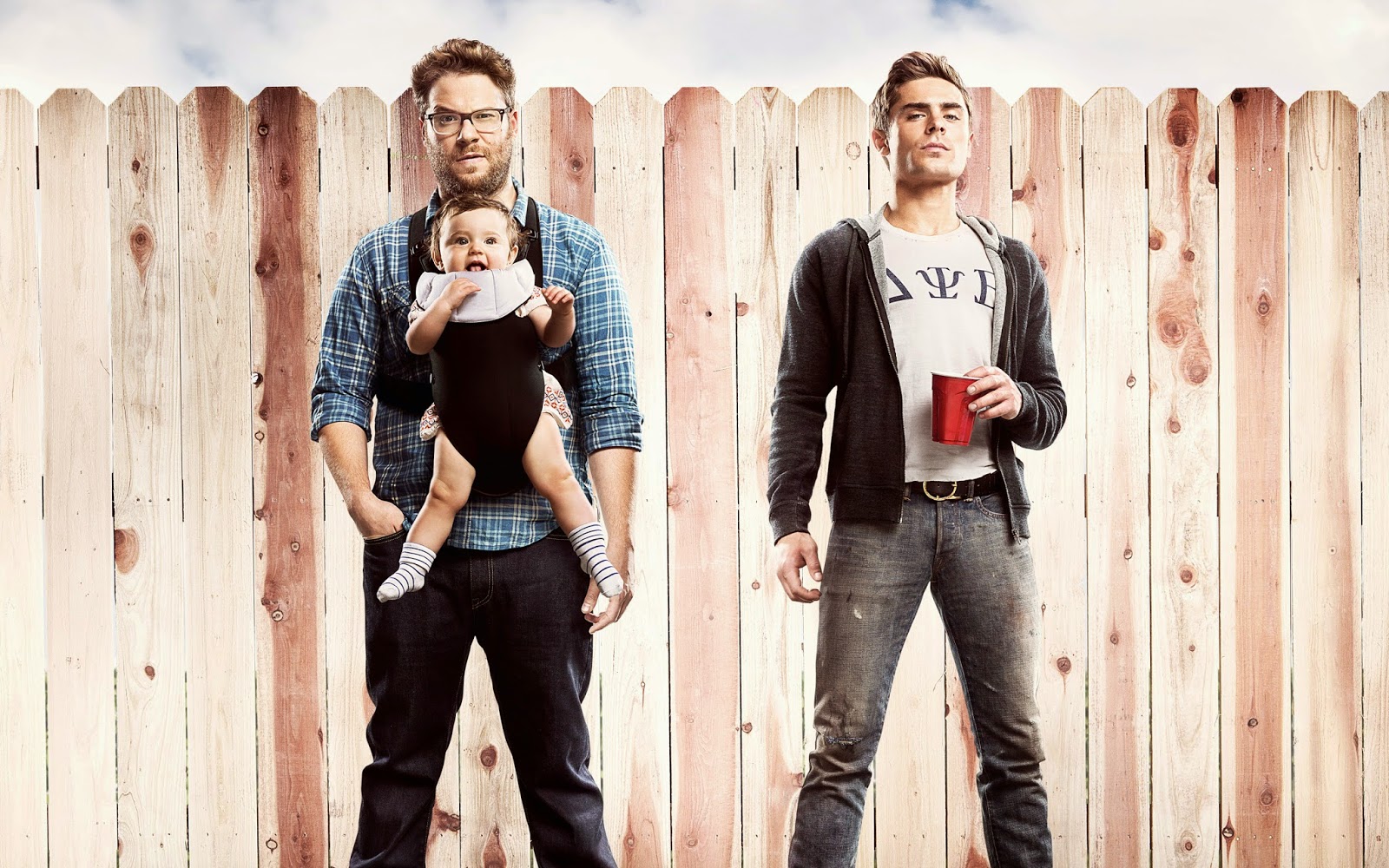 Neighbors stars Seth Rogen and Rose Byrne, two parents who are trying to get back to "pre-baby" life. Their fire is stoked when the crazed party-driven fraternity Delta Psi, moves in next door. Zac Efron and Dave Franco, as the president and vice-president of the fraternity, play parts that seem to fit them all too well, at first. While there is raunchy comedy and the occasional fart jokes, the movie has a center of focus. Rogen and Byrne are the adults who just want to be cool and get their boring lives back into a good place, while Efron feels that he is in his prime, going nowhere and will never amount to anything. Franco is the middle as a partying frat douche, but a sophisticated young man with a wealthy life ahead of him. Each actor plays their part with Rogen adding his usual high humor and Franco sticking with his obnoxiously nasally voice and throwing his arms around as much as he can. The real surprises are left in Byrne's and Efron's comedic talent. Just like the discovery of Channing Tatum, Efron's onscreen presence is the gold to this movie. Byrne's mother bear plays perfectly with Rogen's wanna-be alpha male personas and the chemistry between cast flows better than the hundred kegs used to fuel Delta Psi.

From start to finish, the laughs don't stop and the story rarely falters. Some scenes do become annoying, but not due to any use of torture comedy, but are merely unnecessary to the overall progression of the story. In a film where there's nearly two jokes a minute, the film beautifully produces callbacks that create delight to the creative weaving of the dialogue and story.  While the story is solid, the film does slow down to an almost screeching halt right before the climax, feeling that the screenwriters ran out of story, or just got bored of the chaotic back and forth between the characters.

Neighbors stills seems to fulfill everything perfectly. As a comedy, there are never ending laughs. The characters are solid and go beyond the expectations of what any audience would expect and the story has its deep moments.

B+
Good Qualities: Laughing Riot, great characters, Zac Efron is amazing.
Bad Qualities: The deep moments are cut off too quick, the film slows down drastically right before the finally.


| 10:55 AM
Email ThisBlogThis!Share to TwitterShare to FacebookShare to Pinterest