This might be Jake Gyllenhaal's best performance, but the Southpaw's inspiration is from a checklist of boxing film cliches. 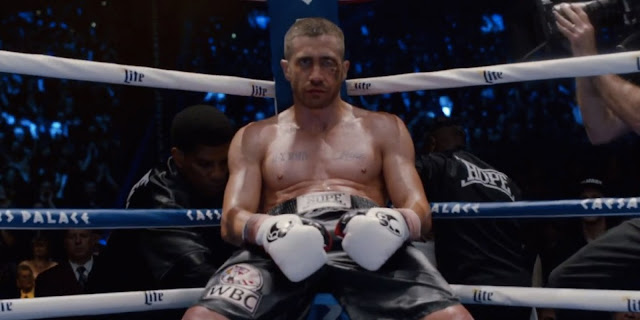 Jake Gyllenhaal plays champion boxer Billy Hope who must redeem himself after the death of his wife (Rachel McAdams), the loss of his daughter (Oona Laurence), and his spiraling anger problems and alcohol use.

Southpaw knocks out every boxing film cliche in generic fashion.  From beginning to end, nothing stands out. The dialogue is crisp, but run-of-the-mill, the story relies on Gyllenhaal's stellar performance, and the cinematography tries for artistic, but becomes sloppy when not focusing on the boxing. The script glosses over hundreds of more important details of the main character's life, instead focusing on the single aspect of boxing for revenge. Each scene feels like you're watching a Rocky film mixed with some Raging Bull, then topped off with Warrior. The least generic scene, but worst scene of the film, is the training montage. Played to Eminem's single "Phenomenal", the film doesn't take montage cues from any other film, instead going its own route in creating the least exciting training montage ever presented on screen. 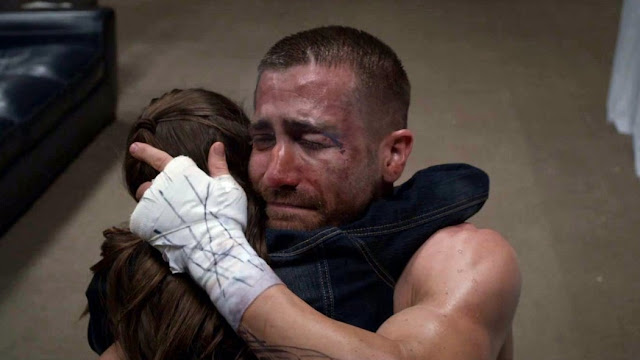 Director Antoine Fuqua tries shooting the film like a boxing match. Scenes are quickly cut together, emotions run high throughout the entire film, and the audience receives one-two punches again and again and again.  Southpaw's only true energy is found in its lead character, with much of everything else exhausting and overdone. Your emotions are drained within the first half hour, only to find that you have another hour and a half of emotion-heavy drama.

C+
Good Qualities: Jake Gyllenhaal delivers a phenomenal performance, the film is directed well.
Bad Qualities: The film is the same as any other sports film. Montage scene is poorly created.

| 7:16 AM
Email ThisBlogThis!Share to TwitterShare to FacebookShare to Pinterest