As a love story Charlie Countryman is beautiful. As anything else, the film fails extravagantly. 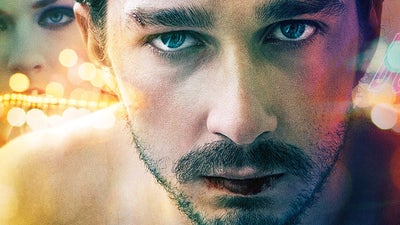 Charlie Countryman revolves around the titular character (Shia LaBeouf) as he heads to Bucharest and falls in love with a beautiful, but dangerous woman (Evan Rachel Wood). That's putting it simple. This film is a ridiculous blend of dark comedy, action-thriller, and love. None of which work well together. Alone the love story between Shia's, Charlie and Wood's, Gabi is enjoyable. It's the execution of the rest of the film that falls flat. Director Fredrik Bond and writer Matt Drake mix too many ideas to create a story without depth and without direction. The story floats from one subplot to the next with acid-trips and endless exposition in between. Shia LaBeouf and Evan Rachel Wood are fantastic in this film. They both play their parts with a complexity only they can bring out in the characters. It seems like LaBeouf's LSD experiments did help his performance. Unfortunately, Mads Mikkelsen and Til Schweiger play their stereotypical villainous selves as they do in every movie they're in. Setting the film in Bucharest didn't help the cause either. It seemed to be more for the production and tax breaks than for the overall story. The city itself is an amazing landscape in which the audience becomes lost in. An argument could be made that the city reflects Charlie's own lost person, but the director never puts that into our minds or into the characters' mouths. Bucharest merely becomes a backdrop with no character.

Charlie Countryman drowns itself with multiple, many useless, storylines. As many genres blend together, nothing stands out and the film collapses under it all.

D+
Good Qualities: LaBeouf and Wood's acting. The beginning of the love story.
Bad Qualities: The erroneous effort of mixing many genres. Too many ideas.

| 8:02 PM
Email ThisBlogThis!Share to TwitterShare to FacebookShare to Pinterest